will be back with more Jumping for Joy and other entries starting Wednesday July 1st.

What makes Damon jump for joy?
Getting to live in the best city in the world

Having my book published

Learning more ways to increase peace and happiness in my life

Eating at Basilica on 9th Ave

(Throughout the summer, I'm posting tidbits of what makes andrewaltenburg.com friends and readers Jump for Joy. If you'd like to submit something, send it to me at andrewalt at aol.com. Include a picture and link back) 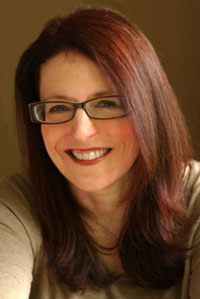 What makes me jump for joy are so many things. All this – and so much more, large and small, and not necessarily in this order.

The people in my life who love me, who teach me, who accept me, and who correct me.

A beautiful, sweet, smart, kind and funny daughter who is happily finding her place in the world.

A handsome, patient, kind, loving husband who’s my very best friend.
Mom, and having my Dad for 91 years.

But perhaps the thing that makes me jump for joy the most is the leap my heart takes when something wonderful happens.
That feeling I got when my daughter came home early from school to surprise me for Mother’s Day.

When I saw the David in Florence. I’ll always remember turning the corner into the gallery at the Uffizi and seeing that magnificence.

When an unexpected gift arrives.
When the wine tastes perfect.
When there’s a deer in the backyard.
When someone I’ve been thinking about for years contacts me on Facebook.

When I’m on an airplane headed to a place I’ve dreamed of going.
When a stranger needs help and I can provide it.

I guess what I’m saying is that life makes me jump for joy. It’s a privilege to have been given the opportunity to have this wonderful journey. I will continue to try to honor it by living each day with gratitude and wonder, curiosity and kindness. - Gina Bruce

(Throughout the summer, I'm posting tidbits of what makes andrewaltenburg.com friends and readers Jump for Joy. If you'd like to submit something, send it to me at andrewalt at aol.com. Include a picture and link back) 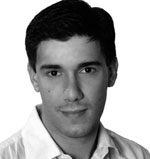 "At face value, my "Jump for Joy" moment is a very simple one. It's receiving a phone call from my best friend. No matter what state of mind I may be in, seeing his name pop-up on my phone immediately brings a smile to my face and an excitement to my heart. For however fleeting a timeframe - be it 2 minutes or 2 hours - I can speak to someone who knows me inside and out, who loves me unconditionally, and who stands by me without question. That truly brings me joy, each and every time that it happens." - Keith Butler
(Throughout the summer, I'm posting tidbits of what makes andrewaltenburg.com friends and readers Jump for Joy. If you'd like to submit something, send it to me at andrewalt at aol.com. Include a picture and link back) 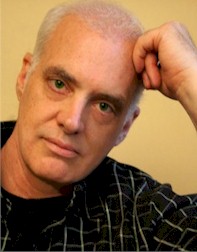 In these times - what makes me jump for joy is each time a friend of family takes a step forward and not a step back, when inspite of what blocks their path, they climb over it or break through it and have a new success or an new adventure - It gives me hope. - writer Robert Cabell www.jaymsblonde.com/


(Throughout the summer, I'm posting tidbits of what makes andrewaltenburg.com friends and readers Jump for Joy. If you'd like to submit something, send it to me at andrewalt at aol.com. Include a picture and link back)

Despite the fact that New York seems poised to become The New Seattle (gee, thanks global warming), I do love the beautiful storm.

The drip drip drip of drops on the outside provide rhythm and insistence, the curlique breeze that wends it ways through the barely cracked open window brings refreshment and even the general gloom casts the city in a pale that softens and shades the often harsh corners and edges of a city that must move at lightning speed if for no other reason than because it can.

There’s also certain kind of loveliness in the boom of thunder at 3 in the morning that is at once scary and also at the same time reassuringly beautiful to a child of Wisconsin. It causes one to burrow further under the covers finding companionship with the sheets and blankets wrapped around ones legs and arms causing a clutch of the pillow and a general gratefulness that one has a place to call home, that’s warm and dry, even if sometimes one doesn’t appreciate that place. And in and of itself, the storm, with it’s falling sheets of water and white grey splatter across the sky has a beauty of it’s own, swarming with emotion and angst, a Mother Nature temper tantrum that releases all the emotional toxins and sows and nurtures the Earth, cleansing and scrubbing, wiping away the grit and grime allowing a new day to be just on the horizon, just over There.

Almost. But not yet.

But beyond the beauty and the lovely, beyond the harmonic ideology and the paradigm of storms and their sweeping promise of the blessing of freshness, I am most grateful that I don’t have to go out into it. That I took the day off and have work, tea, a baggy sweatshirt and the rain to keep me company.

And that, perhaps, is the most beautiful thing of all.