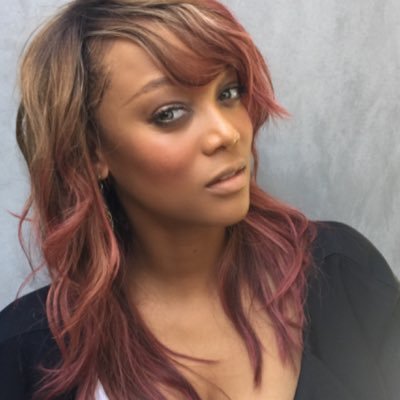 So a few weeks ago I got a call from a friend whose super cool job it is to make sure that audiences are full for daytime talk shows here in New York City. I don't know about you, but that just sounds like a really fun job! Anyway, he called to get me to go to the Tyra Banks Show as she was doing a salute to Marriage Equality.

You know, when you go to these things you sort of hope that you get on camera and that some casting agent spots you and says 'omg' you're my next superstar. Com'on, admit it, you do the same when you're an audience member too. :) It's OK I won't tell anyone!

Anyway, as it was really last minute, I went alone and, as happens with these things, when you're a single, you 'fill in' where they need you. They had one seat left in the front row and shot me on down there. Cool. I had a ring side seat to an expert wedding planner doing his thing and various couples who were ready and waiting to get married.

At the end of the show, Tyra came on down to the front row with a huge chocolate cake and she was giving pieces away to those of us in the front row  - but by the time she got to me, she was bored with simply handing them out so she held a piece in her mouth and motioned me to come and get it. It was at this point that I dove in and as I grabbed the piece OUT OF HER MOUTH I realized, "holy cow, I'm sorta kinda kissing Tyra Banks". Seriously, how many gay guys can say that? (OK I imagine that number is actually higher than I think lol) :)

When the show aired, they used the bit as the promo and, although I hadn't noticed it, it got a huge reaction in the audience. Sigh. I don't follow Tyra but didn't realize that it was the second to last episode of her show. But, it was pretty awesome to be a part of at least a little bit of her history (and did I mention that I ate  A PIECE OF CAKE OUT OF TYRA'S MOUTH! :)

UPDATE: I've searched and searched for this show or even a clip of this show but, as far as I can tell, nothing exists. If you're a Tyra fan and are reading this and know of a place where I might be able to locate the episode or a clip, please let me know!

What is Your Favorite TV Finale? What's your favorite TV finale? Read mine at http://ping.fm/76GOU

is very happy to have

is very happy to have gone to the Times Talk w/ #lost creators & know enough 2b excited about finale, not enough to be (entirely) spoiled

exchanged the bad remote at

exchanged the bad remote at TWC, went to the bank, took the laptop into Tekserve and finally bought new gym shoes. yup, it's Monday.

you see, this is why

you see, this is why I never read anymore - I just can't put AMERICAN WIFE down! (although imagining Mr. Bush having sex is a little.. ugh)

had a great time biking

had a great time biking along the Hudson this afternoon.. what an incredible day!