Last Night I Dreamt of Letterman 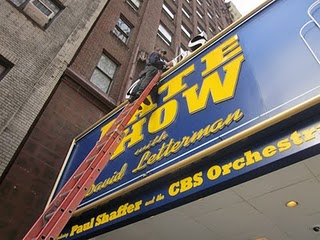 No, not in that way.

I was a guest on his show doing a comedy bit and I did so well that afterwards he came up to me and shook my hand and offered to have me come back for another go round of the character.

I then ate a couple green grapes and chatted to the regular writers that appear occasionally on the show.

Then, yesterday I was out and about doing errands and just happened to pass by the Late Show theatre where they were replacing bulbs in the CBS sign.

This means one of two things:

Either I have a premonition of a career breakthrough happening any moment; something that will be a 'lightbulb' moment.

Or the prednisone that I"ve been taking in combination with the sleeping pills to calm me down from the poison ivy I've been suffering from the past two weeks has finally taken it's toll.

I desire to believe that it's the former. :)

wonders if Saturday night TV is as awful as he remembers

has decided that having over

has decided that having over 500 emails in my 'in' box is not conducive to my mental health! Delete delete delete!

I Remember Bob Hansen on ExtraCriticum

Yesterday the BF and I went to see the documentary WAITING FOR SUPERMAN and, after being reminded 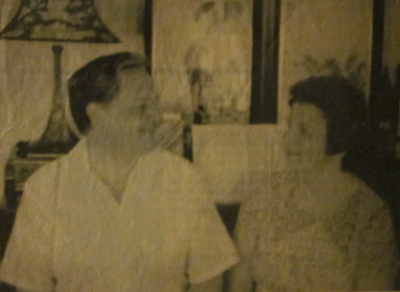 just how good my small town education was compared to the dizzying statistics the movie puts forth about just how illiterate the vast majority of up and coming students are, I received a text from my best childhood friend Kristen that our music/drama/band teacher from our days at Mosinee High School had passed away that morning.
Now the man, Bob Hansen, was not a saint. There will be no statue erected in his honor. No marching band. But there should be.

will remember today as a

will remember today as a turning point. filled with gratitude. :) 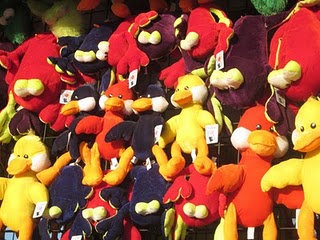 This just seemed a fitting final shot after a day of abandoned buildings, monolithic bridges and a crazy amusement park. Having ridden the rides (well, ok ONE) we got ice cream and popcorn and got on the F train going back home... and I look forward to next summer when I can take that bike ride again.... 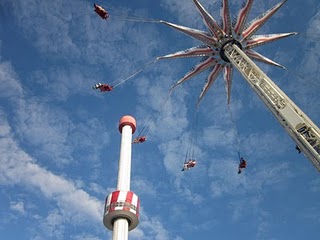 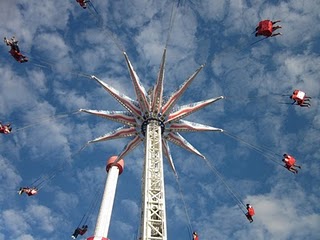 Yeah, I went up in that. Mr. I'm Afraid of Heights. Yes, I did it. It's not until you're really up in it that you realize just how high you are - and just how flimsy the little 'seat belt' that's holding you in is. Ack. I'm dizzy just looking at it! LOL