Jumping for Joy - The Saturday Edition - "Can You Read My Mind?" 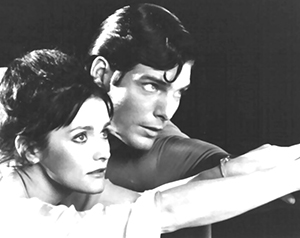 One of the supreme joys of growing up geeky is the enjoyment of seeing the 1978 Superman movie at the Grand Theater in Wausau, Wisconsin with my parents. God bless 'em. As a comic book fan for a couple years at that point, I was in heaven and even clipped the ads for the movie ("You'll believe a man can fly!") in anticipation of the premiere.

Recent events made me think of Lois' "Can You Read My Mind?" speak/song this week and so this morning I thought I'd post it here. Wouldn't it be great if you really could read someone's mind? It would then excuse them from having to communicate through spoken and written word and would remove all responsibility from each of us to tell others what we want, expect, need. Unfortunately that's not happening any time soon and so we'll just have to rely on good old fashioned communication in order to get our ideas across.

Best to you all on this chilly Saturday morning!

Good morning all -  hope this finds you well today and staying out of Mother Nature's way (cold, snow and whatever else she's throwing your way). I'm back from the cruise, recovered from a flu I caught on board and have then returned from spending a few days in Connecticut mourning the 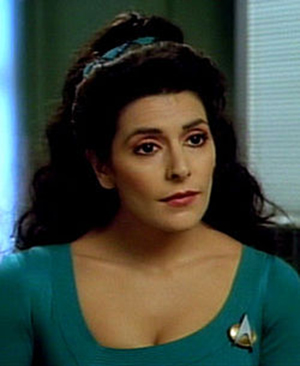 passing of the father of a friend of mine whom I admired greatly and had come to know over the past few years.

He was a wonderful, learned man, sharp to the end and literally a force of nature. He was like the amazing sunset the night after he passed, we sat at the kitchen table and across the yard the sky filled with purple, pink, orange and a trail of blue.. and all I could think of was how it was the perfect sign to represent him; colorful, rare and brilliant.

This morning this song by Gordon Lightfoot came to mind -  the mood is melancholy and it reminds me of another situation in my life where someone actually said that in order for things to work with us, I would need to read their mind. I guess my days as Deanna Troi, mind reading Betazoid at Large, are long since over since I am not up for that particular task. I did try though. And man, it was trying.

So today's lesson is simply to appreciate what is beautiful about this world - cradle every drop of happiness you find because it is precious. And for those things that aren't so beautiful, try to find the humor in them - because that will make those situations beautiful.

And if all of that sounds rather befuddling and you have no idea what I'm talking about, just sit back and enjoy the music because it's one of the best. 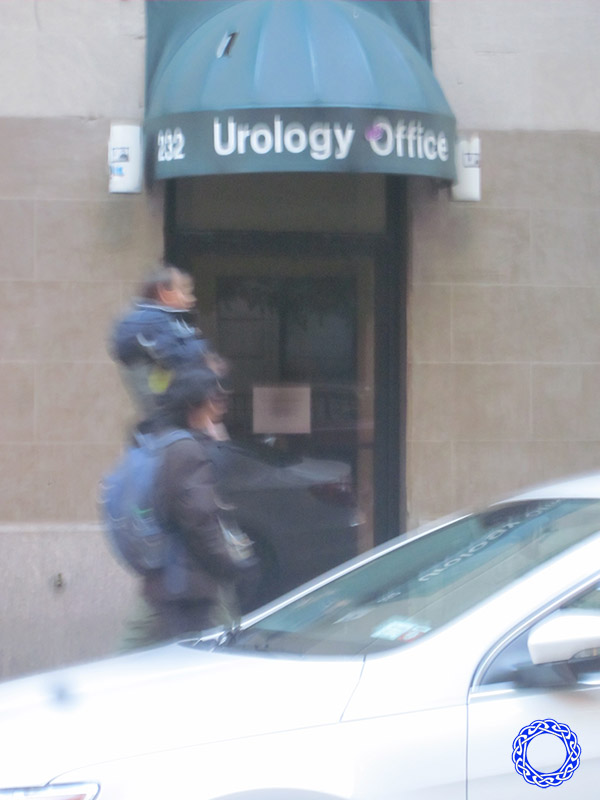 There is something I found amusing about this photo - the man with his kid on his shoulders passing by a Urology office and that it was a bit out of focus.  Maybe I have an odd sense of humor. :) 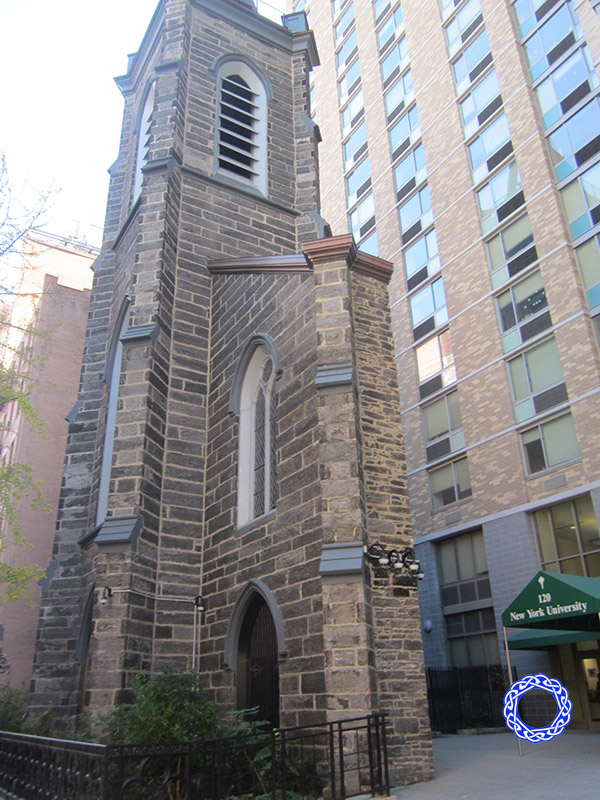 To me, this is one of the most bizarre architectural things in New York - a church was torn down to make way for a new NYU building but the facade was saved, but the building was built some feet away. So unlike, say, Limelight, the shell of which was kept while the inside was gutted and became a mall (yeah, I know) they just torn this one down. Im glad that they found a way to do something not only to keep part of the history but cover up the bland new building.. but it's kind of a head scratcher. Only in New York, they say, only in New York. :) 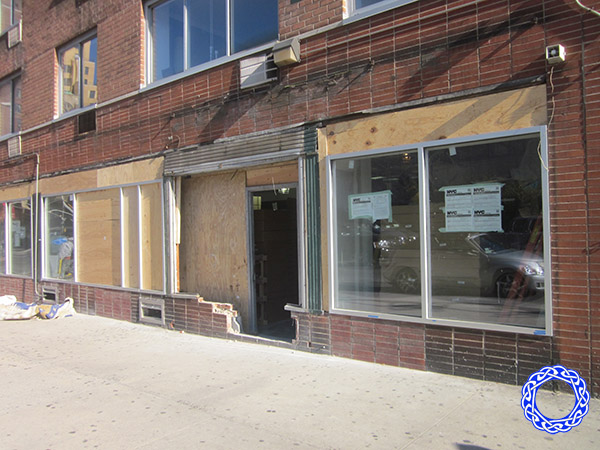 This used to be an awesome little deli called Jessie's at the corner of W. 12th and Seventh Ave. until St. Vincent's closed removing most of their regular clientele from the area. Here, seen in November 2011, the shop was in transition becoming a mega Duane Reade. It's nice to have a bigger store (although there are like three in the 'hood) but I sure will miss Jessie's where you could get great sandwiches, the paper, soup and sit for a minute.  Ro and I always thought it would have been great to have turned it into a coffeehouse with live music, but I think those days might be gone for good with rents so high... although it is possible that I'm mixing up fantasy (ie Central Perk) with reality (did live performance ever really happen in these places? It seems like another world these days) 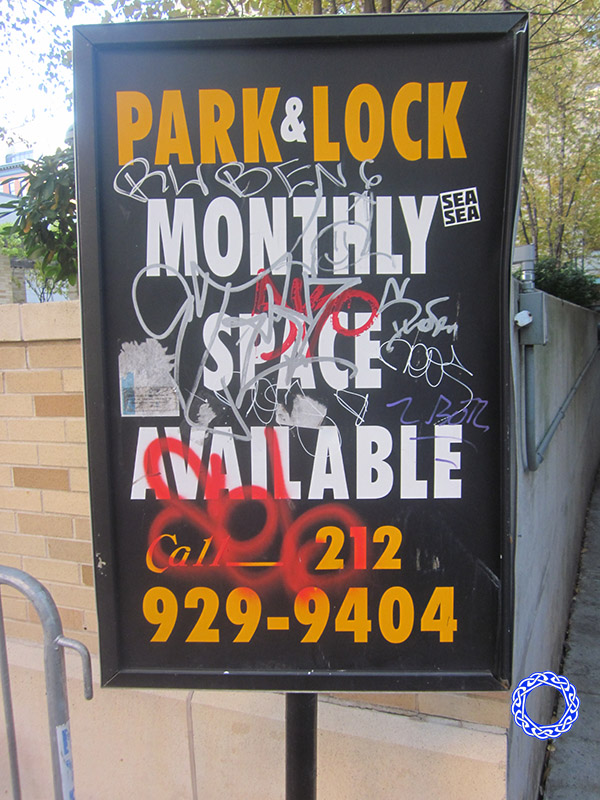 And this is why we can't have nice things. :)

Isn't It Awesome When Everything Turns Out OK? The June 29th 2012 Wedding in the Park 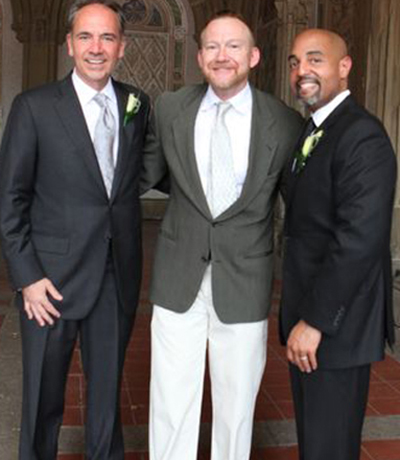 Last summer, I was in hell. I'm not a fan of extreme temps, and the triple digit heat and humidity of the summer 2012 nearly did me in. There were three separate times when I got so overwhelmed by the heat that I was struck down sick.

Fortunately, the wedding I planned and performed on Saturday June 29th was not one of those days... but it was so unbearably hot that the carriage ride that I'd planned for the grooms had to be canceled as the horse's are not allowed to work in temps over 85 degrees. Part of me wishes that there was a law protecting wedding planners too! LOL

Now if I hadn't earned my wedding planner merit badge before, I sure did with this wedding as both grooms had a surprise for the other and I had to send them both copies of the ceremony. I ended up having three separate versions of the same ceremony, but also couldn't mark each one with their names or they'd get suspicious. I had to get very creative. Mine I simply labeled "for Andrew's eyes only!" (thank Heaven Microsoft has expanded the number of characters one can use in labeling a document. I know, these are really first world problems, right?)

And not only did the singer we hired to perform "Songbird" sing beautifully like a.. well a song bird but one of the grooms also surprised us all performing a beautiful piece he'd written himself. It's pretty awesome when even though one plans something, one can be surprised by the outcome.

The grooms had a small wedding party, just a sister of one and the brother of the other. After the ceremony, the six of us (including our photographer Katje) walked through Central Park to the Plaza for snacks and champagne. I was nearly sweating through my jacket but kept a smile on my face (I think that deserves another merit badge! LOL)

Afterwards, the grooms and their new in-laws piled into a limo and were off to a dinner we had set up for them. The driver, a middle aged woman, told me at one point that she was so happy to drive the party around because as a lesbian, she was so happy for this time in our history. It kind of struck me that she probably didn't share this with just anyone and was really happy to have the wedding party in her car that day.

I bid them all goodbye and was happy that in the exitement of the day, I'd forgotten all about being overheated. I guess being in the midst of love will do that to you. And it was kind of nice to know that I'd earned my keep on this spinning ball o mud for another day. 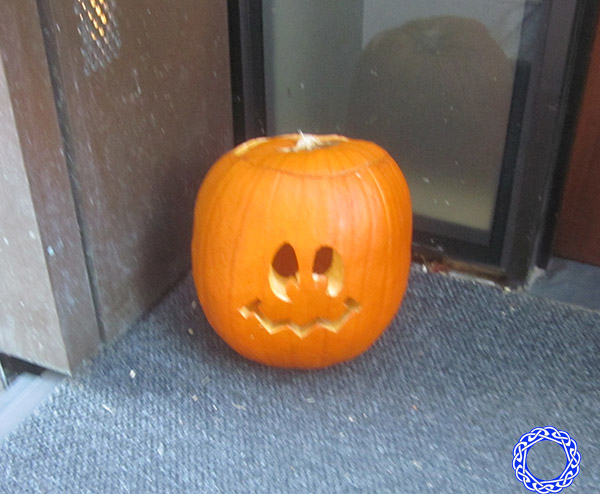 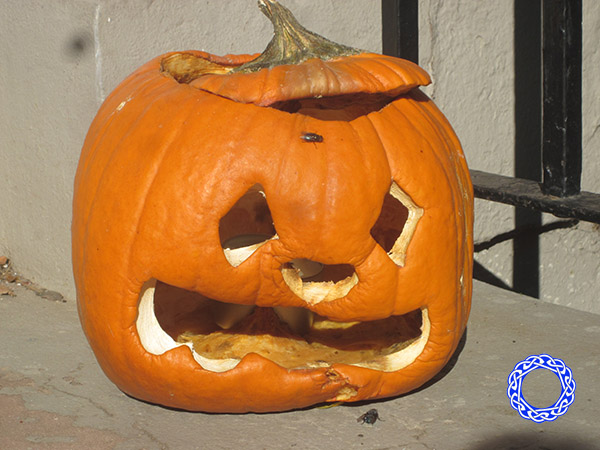 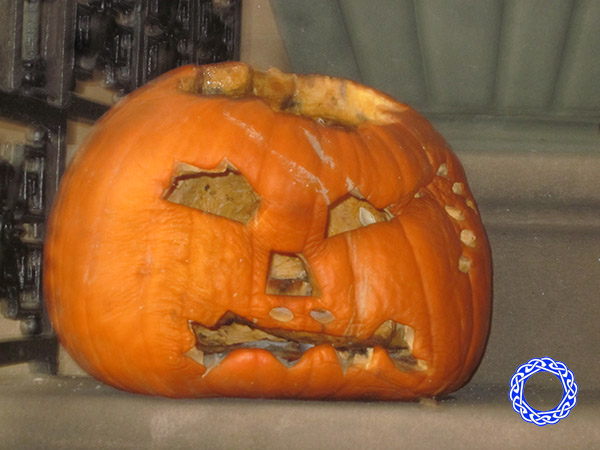 As I walked West to East on 12th Street, I was amused by the various states of decline of pumpkins still left out on stoops. I was especially amused that it seemed to get progressively worse the further in towards the middle of the West Village. I wondered if the people who live nearer to shops had bought their pumpkin early in the season and so it was furthest along. Weirdly there were no pumpkins on stoops once I crossed Fifth Avenue and ventured on into the East Village. Probably because some of the West Village buildings are single family while the East Village is all apartments? 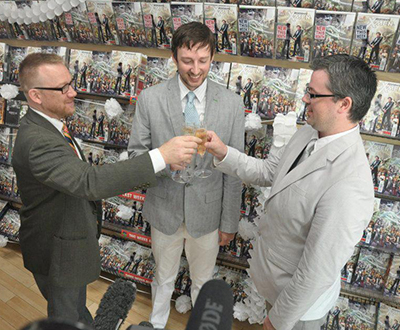 As wedding season careened into June, I noticed that Midtown Comics had put out a call to the world for gay or lesbian couples who were looking to get married in New York - at their store as part of a celebration of a pair of gay superheroes getting married in the latest issue of XMen. The issue was put on the stands just in time to celebrate the one year anniversary of Marriage Equality in New York state (and not, coincidentally, Gay Pride Month).

To most people, getting married in a comic book store could probably sound super nerdy. But for those of us who grew up with these books (well, I was always more of a DC fan, just for the record) having gay superheroes exist at all is a pretty phenomenal thing in the first place, but to have them get married was pretty awesome. And I knew I wanted to be a part of that somehow. 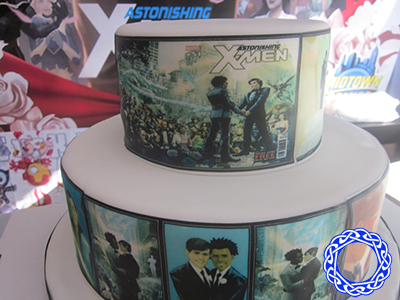 So I offered my services and over the course of a couple weeks we put the event together at lightning speed. I had four other weddings that I was in various stages of working on but nothing was going to prevent me from being involved.

Originally they had found three couples who were interested in getting married. Then one couple dropped out, then another. But a couple from Ohio drove all the way, were put up by the Eventi and got married by a JOP from Connecticut (who left with a couple mint condition issues of the aforementioned XMen by the way!). When asked how long they'd been engaged, their reply was that the one had asked the other 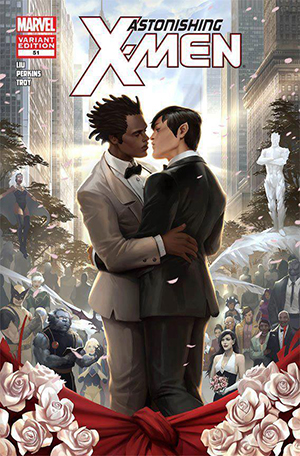 at the time that they heard about the promotion.. which was about two weeks before. Now that's a fast engagement!

All sorts of press were there and the cake for the occasion was made by Empire Cake complete with panels from Marvel books digitized on to the cake itself. It was quite eye catching and, as always with Empire, yummy. 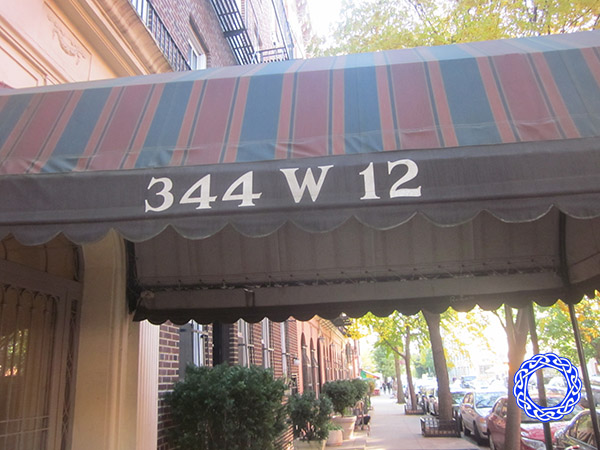 Back in the 70s when I started reading Superman comics, it was shown that Clark Kent lived in the West Village at "344 Clinton Street" and while I can't say for sure, this building looks like one that the worlds greatest superhero would live in - part old New York but slightly upscale and also slightly out of the way (how could he live in a midtown apartment where everyone would see him come and go.. and West Villagers have definitely seen weirder stuff than a man in tights and a cape!)