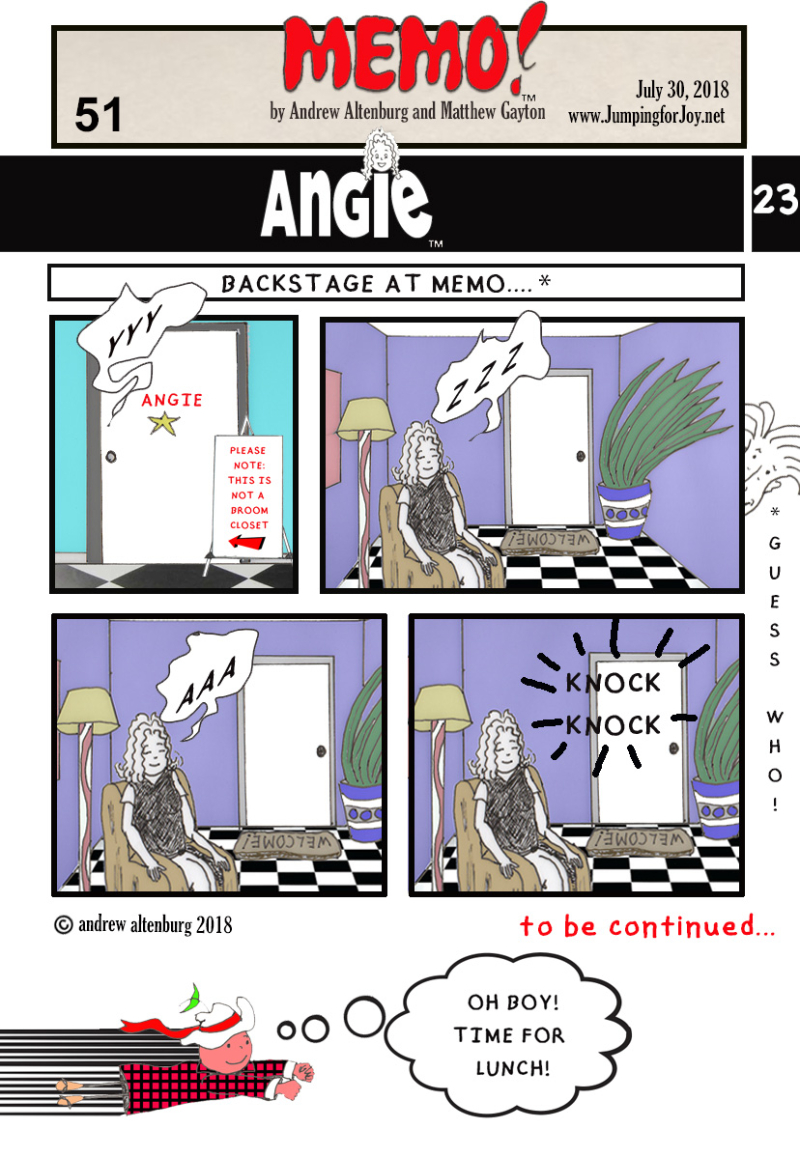 Important Words for a Sunday Morning 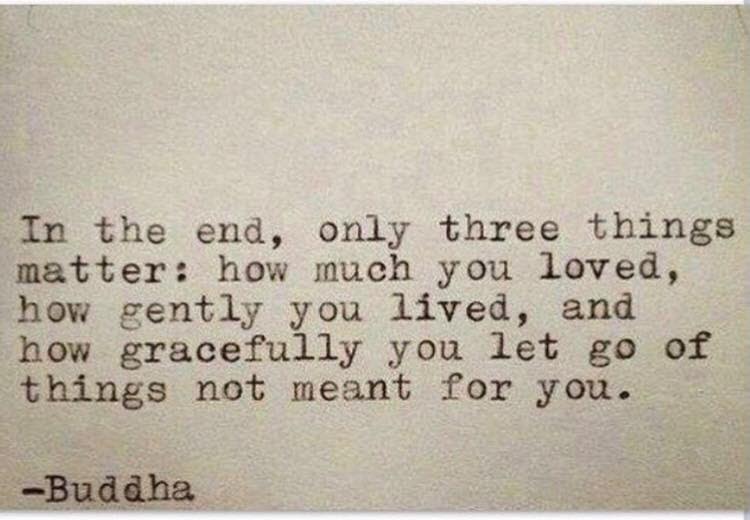 Jumping for Joy for Elaine Stritch 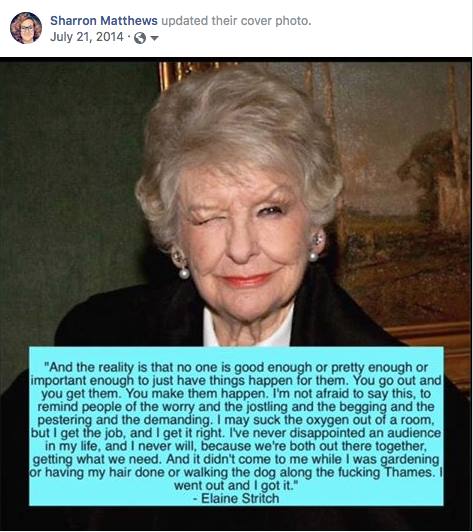 A few days ago I was at a party and the conversation turned to Elaine Stritch stories - and then another friend posted this on her wall the next morning. I took it as a sign that maybe Stritchy still has some lessons to teach. And she does.

Good morning all and Happy Friday! I'm dashing this out before my temp job today  - had set a potentially difficult goal for myself of producing five strips this week, but, sadly, so far, have only managed to do four. The fifth, another Nanny Noodle Legs, was part of her "waking up" trilogy ... but once I laid down the dialogue, it didn't really work. In the meantime, I'd created this graphic of her exterior of her bathroom. For some reason, I think she's obsessed with Bobby Sherman. In an earlier strip, where she appears in Angie's thought bubble, she's carrying her dog, which she's named Bobby Sherman. Not that anyone would remember that, but I kind of like the idea of this older woman liking the 1960s heartthrob. So I used an album cover of his as her shower curtain. I'm not sure how I'd feel about having Bobby Sherman (or anyone) stare at me while I was doing my business in the bathroom, but we know that these types of shower curtains do exist (maybe not Bobby Sherman, of course).

Anyway, I don't know if I'll actually get to use this in a MEMO at this point but I liked it so much I wanted to share it an any event. Thanks, all for being supportive of my efforts to create this little MEMO world. Your likes and comments mean a great deal to me and appreciate them here, on FB and on Instagram. Have a great Friday and a fabulous weekend! 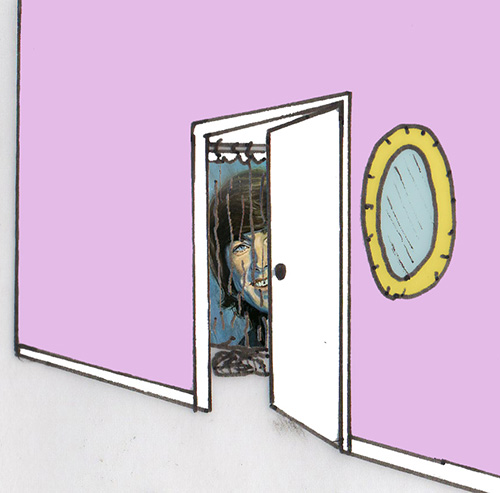 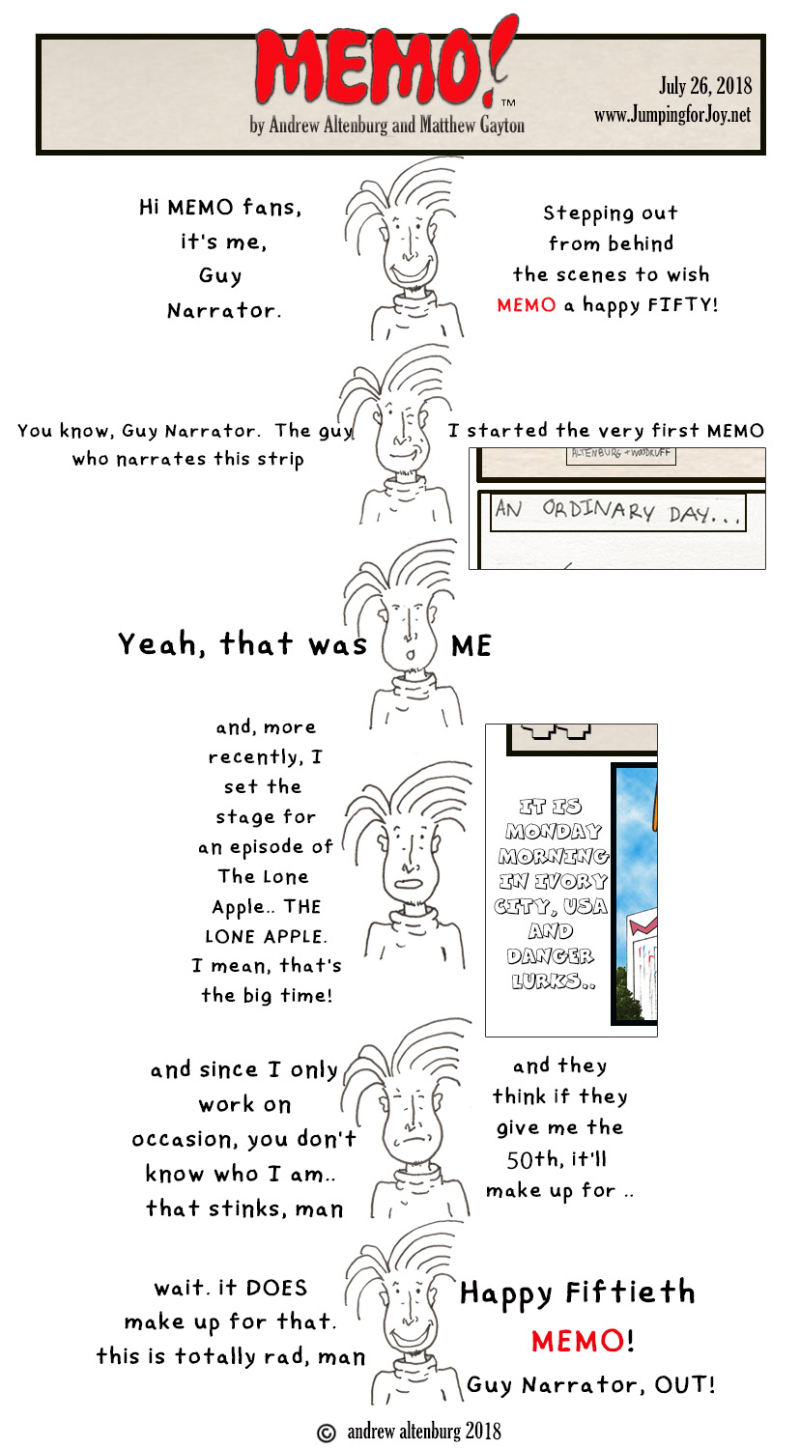 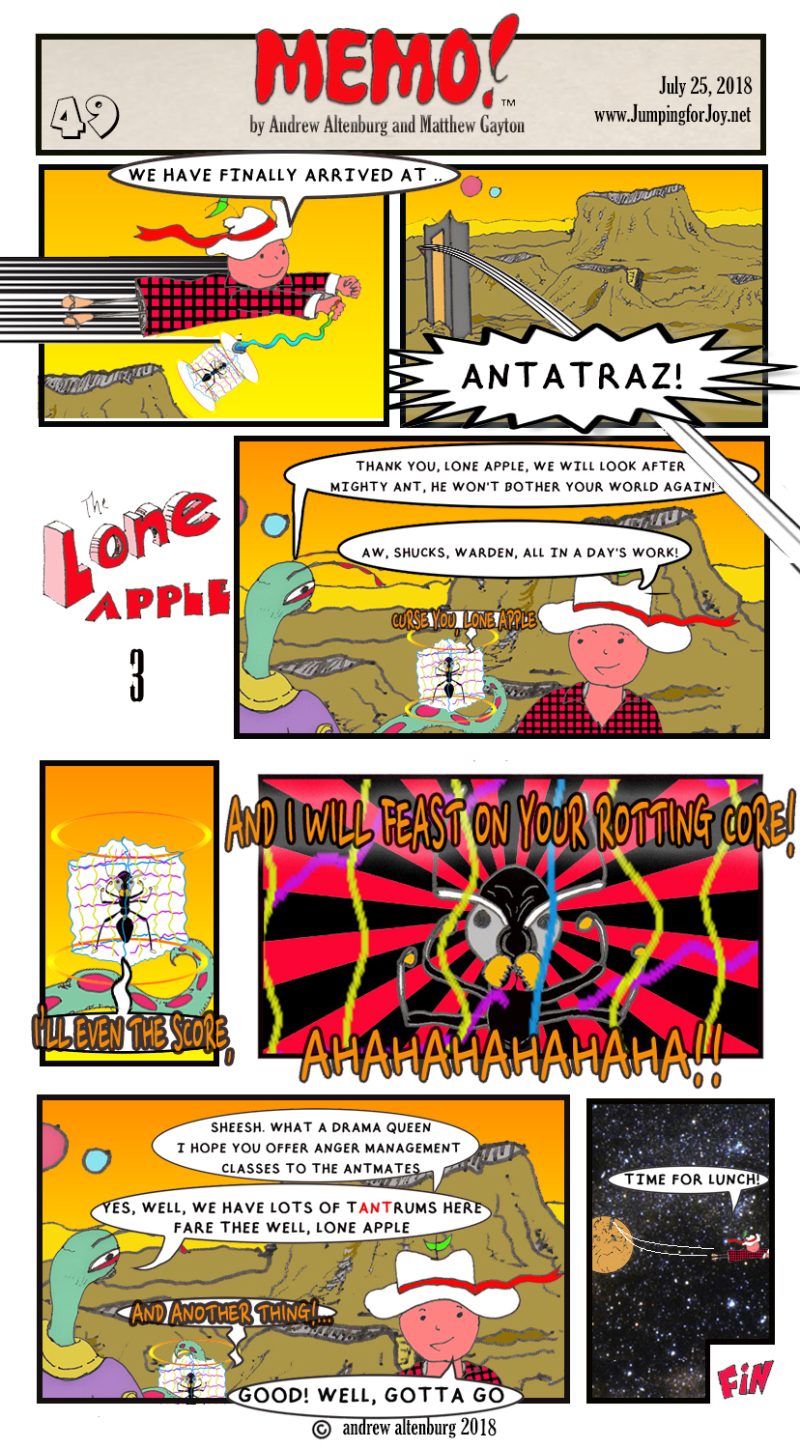 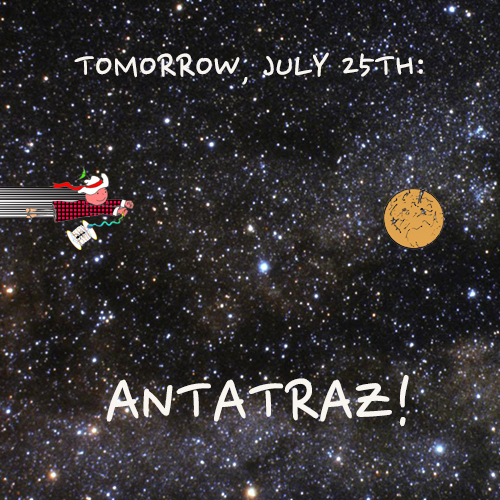 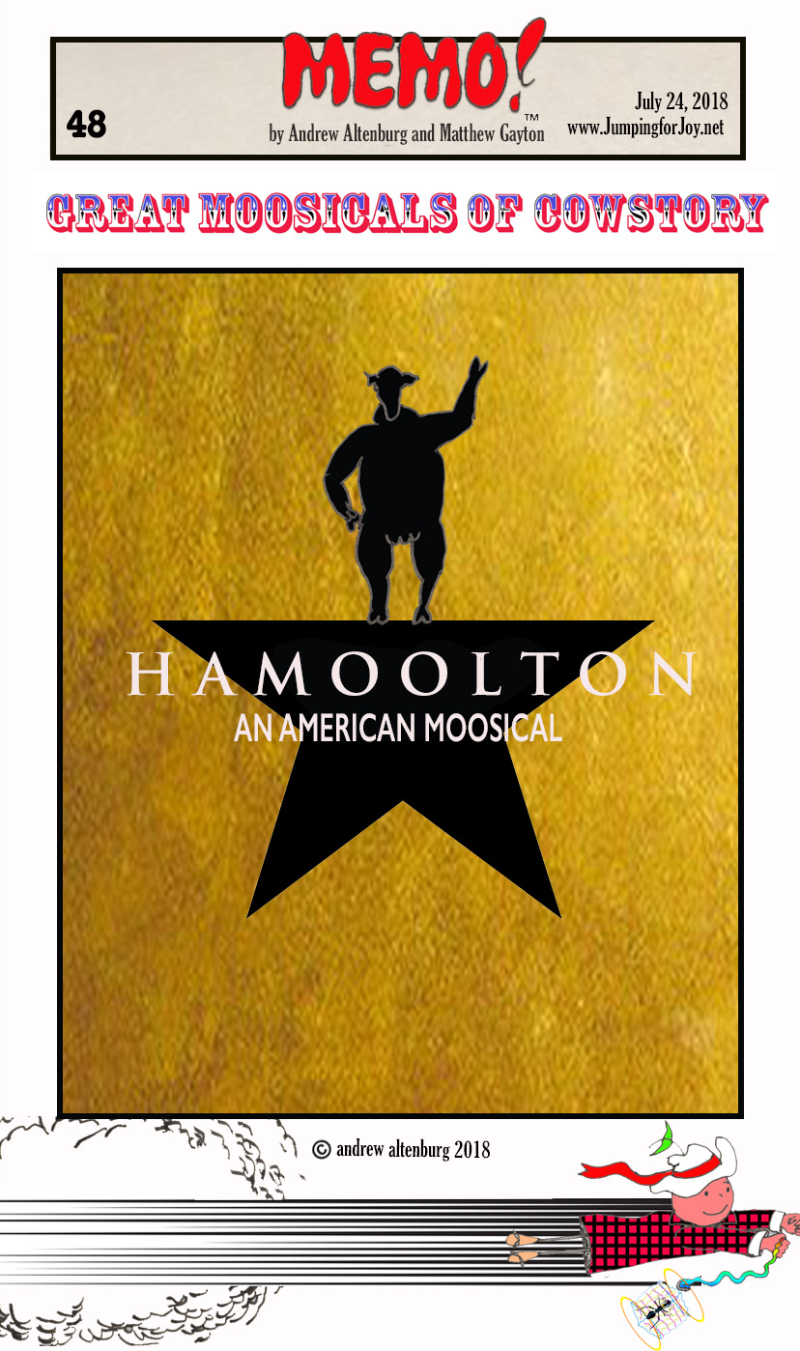 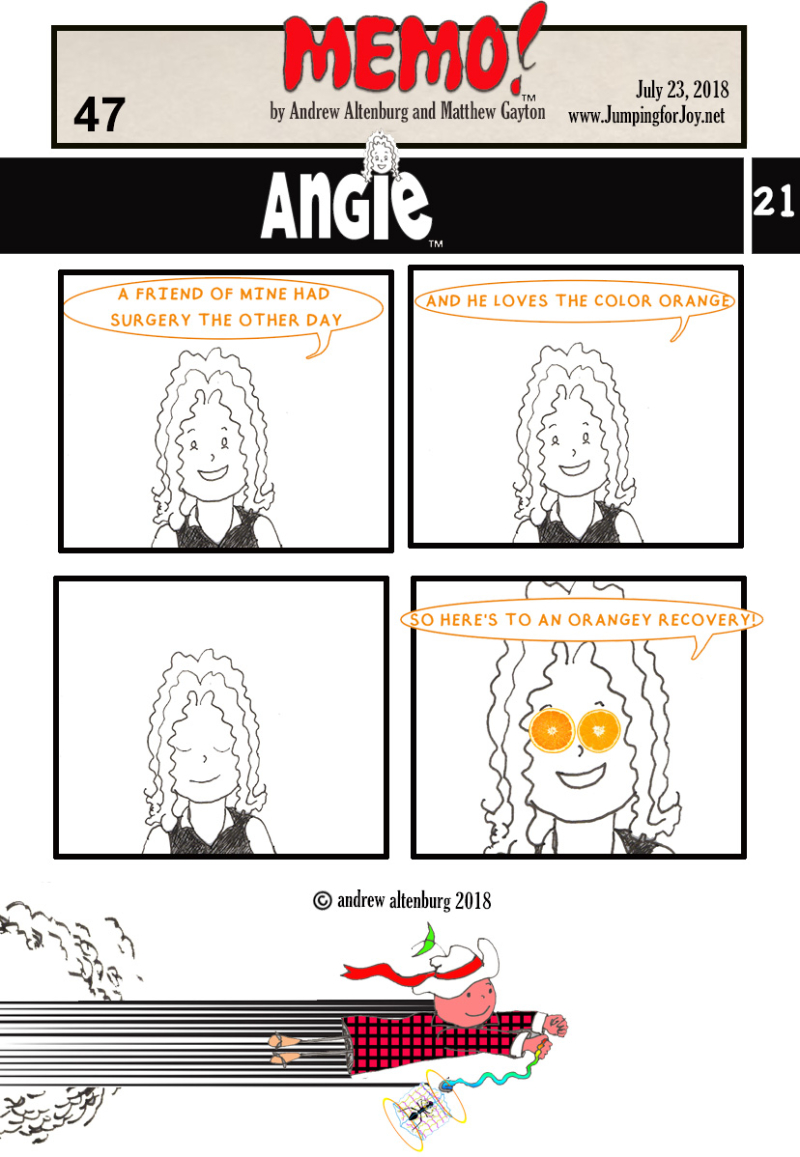