Sound Advice for Those Of You Who Are Feeling Lost

Have you been sitting around, moping around, feeling sorry for yourself?

Well, I have. I'll admit it. I am no stranger to the angst of uncertainty and worry.

But let me tell you something right here, and right now - all of that is fraking useless.

Get up. Get out. Go do something. Anything. Don't let the fear of failure scare you. In fact, that thing that you are so afraid of? I dare you. I double dare you. I triple DOG dare you (now you know I''m serious) - go out and do it. Or try it. No matter what it is. Just fraking do it already.

The Mary Tyler Moore Show has a brilliant episode where Mary, tired of her job, her apartment and her life, mixes things up (after Ted rouses her from her depression by showing her that it's not WHAT she does but HOW she does it). She gets a new apartment which reinvigorates her life.

I've done that too and I'm at that point in my life right now. It's time to move forward.

Now, I don't really have a flying fig of an idea what that is but I know something's gotta give. 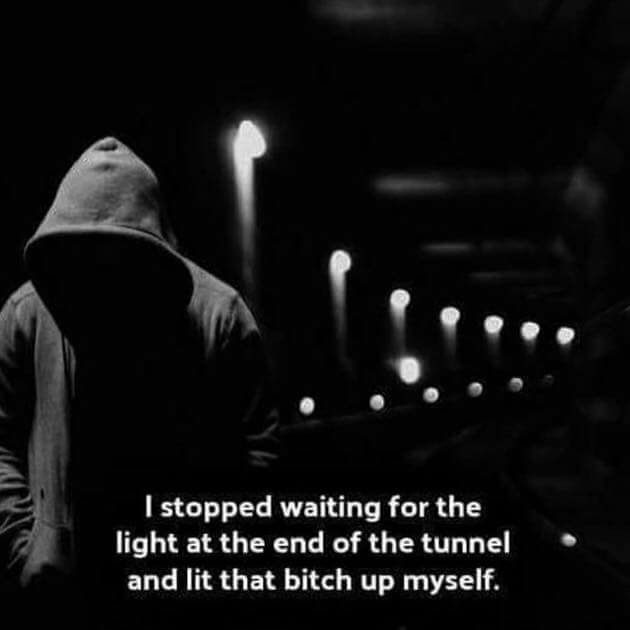 Hey there peeps - it's Tuesday, October 30 and I got a nice note from someone who just started reading this blog - it said (in part):

"LOVING the wild rollercoaster of images, humor, pathos and socio-political art on your site! Keep it up!"

Thanks, dude, much appreciated!

To start your day off right, here's one of my favorite New Yorker cartoons. I had a time in a job I once had that made me feel exactly like this LOL 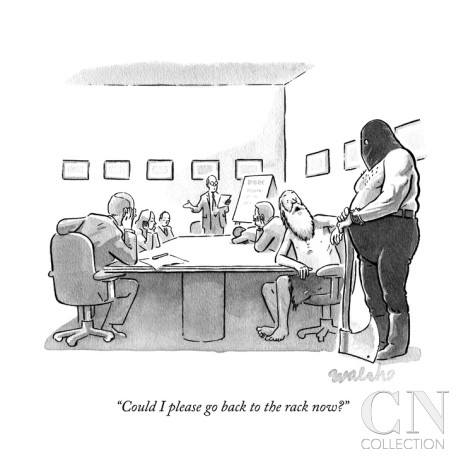 The past couple weekends, I've kind of made it a point to tackle some projects I've been procrastinating about. We all have them. Clean this, clear out that. Get rid of this book, discard that shirt I'll never wear again. And so forth.

Along the way, as I've been spelunking in and around the apartment I've lived in for nearly 15 years, I discovered, in no particular order - an Ipod from about 2012, a Discman from before that, various business cards I've had over the past few years, and a roll of pics I'd taken during a visit to a cemetery just around this time of the year in, about, 2011.  None of this is particularly Earth shattering and none of that important in the scheme of things. The Discman has been claimed (although I don't remember offering it! lol) and I'm not really sure what I'm going to do with the Ipod. It'll join a small pile of electronics (video cams, mostly) that I frankly will probably never use again but seems wasteful to simply throw it away.

I doubt I'll ever be a minimalist (I can actually hear those of you who have lived with me nod in agreement) but I have been on a kick for a good long time now to purge purge purge. It's not easy. Not everything has meaning to me (and therefore value) but there is a value to most everything I have.

What is it you're holding on to that you could get rid of? Catalogs? Magazines? Have you cleared out your frig or cupboard lately? Ever? Do you want every book you have or could they go to your local library, homeless shelter, or youth org? What about the clothes you say you're going to fit in to "someday"? Spoiler alert: it'll never happen. Donate it and free yourself of that part of the narrative that starts up every time you see that article of clothing. Why waste your life with 'somedays'?

"The Somedays" are the things we tell ourselves in order to keep a book, a shirt, a camera.. "I'll use it someday". Well, it's possible (I have found some things in my spelunking that I have put back into use - a vase, for example, I packed away years ago that I unearthed and now sits on a bureau in the living room), but most things, well, probably not.

Free yourself of the The Somedays. Live now. Live with what you need but not all the extra stuff. I'm not there yet, but hope to be there 'someday'. That's the only someday I'm allowing at this point! 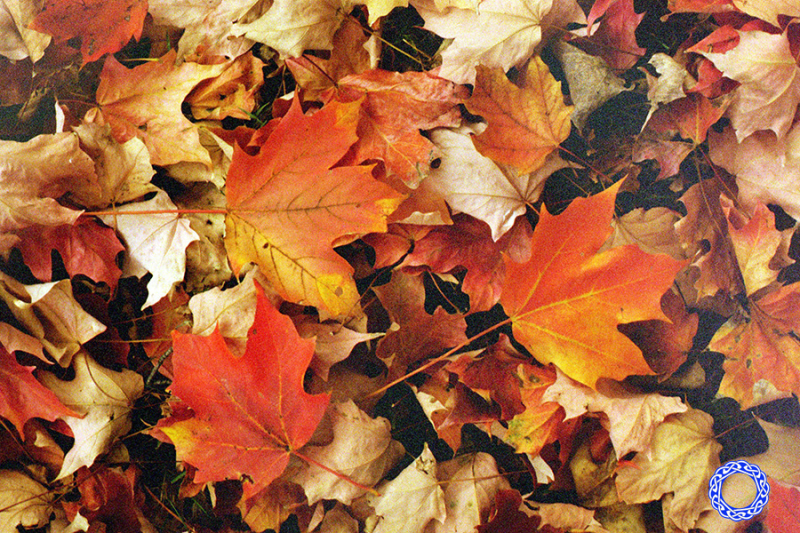 As I've mentioned in previous posts, I'm kind of starting to move off of the Facebook anyway and looking to spend more time writing here and/or doing well, just about anything else. I love yakking with my friends from various places/eras in my life, but I've become kind of addicted to it. And the best way to fight that is to ween oneself off. And, by 'addicted', I mean it in the sense of it being the default thing that I do when I'm bored. You know, rather than read or draw or do about anything else. I know that I'm not alone in this which is why I can be fairly blase about it. It's a thing that I know a lot of people are going through. I'm sure this has something to do with the fact that the Facebook has turned into the cold Civil War where people are just pitted against each other, locked in an eternal 'well the libturds said this' and 'the republiturds said that'. This country of ours has real problems - a fundamental difference of ideologies of how a society should be run. There are, unfortunately, no easy answers and, more unfortunately, there seems to be this very strange thing where two people view the exact same event and have literally opposite interpretation of it. I know this situation from my childhood, but seeing it happen out in the wider world as an adult is really freaking me out (and, in this, I know I'm not alone either).

Anyway, I made a comment on a friend's comment and some person (I can't believe it's an actual friend, but who knows) let out their rage at me calling me a 'dumbass' and immediately after, a 'homo'. I went to the person's page to figure out what kind of creep this would write this kind of thing and found this: 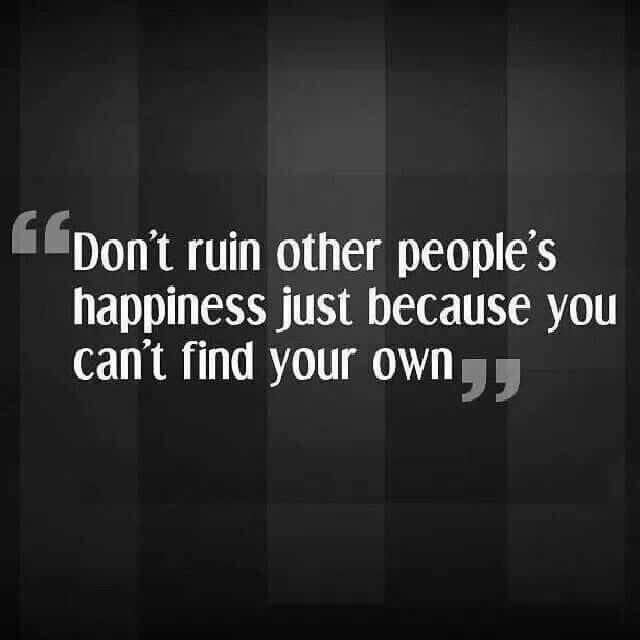 I decided that the irony was too delicious, so I posted it to him as a response. Then I reported the hate speech. The Facebook doesn't always get everything right but the post vanished minutes later and I went on about my day.

It occurred to me that I'm always fascinated by the slurs that people use. For a gay person, calling them a "homo" is supposed to, I suppose, be derogatory, but I am, in fact, a homosexual. Shorting the word doesn't make it any more or less true.

I've been out for 30 years. I assume it's cost me a job here and there (it definitely cost me my family) but, well, it is what it is. I could have stayed in the closet but other people could have been more accepting and not such puritanical slugs. So there's that. As it is, I've found that most people either don't care or find it interesting for a hot minute because they have a cousin or a brother or a next door neighbor who is gay, and by the way, do I know them? (I say that for a little comic effect, but the sad reality is that after fundraising within the LGBT community for the past 20/25 years, there have been times when it has felt as though yes I do know everyone).

Anyway, when I then mentioned this on the Facebook, someone posted that I must be offended. I guess I am. Sort of. But, really, how can I be? I don't know the guy, and it doesn't really sound like I would want to.  I survived a childhood of taunts and jeers and an adulthood of trying to be there for people who had been marginalized as I had. I didn't get famous or rich doing it, but there is some measure of satisfaction in a life lived well in this way.

Here on this blog, as in life, like many people, I'm always striving to be kind, fair, passionate, and honest. I don't always succeed. But then, I don't know anyone who succeeds 100% of the time.

This is a new week. Go out and make it an awesome one and let's see if we can change the world for the better in our own small way.

Good morning all - and happy Wednesday.

A few things today - First, hello, what a great day it is to be alive, right? So, if you're even reading this, you're ahead of the game. Never forget that.

Second, later today I'll be hanging out and schlepping around New York's big Event Planner Expo. I'll be handing out my card and schmoozing. Maybe you're here for the first time because of that - welcome fellow events people! Please leave a comment below on how we met!

Or maybe you were someone I've talked to at my 'temp' job about my cartooning skills. Scroll down and you'll run into the most recent strip - MEMO 60 - wherein I pay homage to Cher with "Moooostruck". I'd like to say that I consciously thought to do this strip just when Cher is releasing her big ABBA album, but no. Unless it makes me look better to say that I planned it. OK yeah, I planned it. There. Anyway, welcome work friends! Feel free to leave a comment as well. But the direction I give to you is this: please list the favorite free thing in the company kitchen. :) For the record, I like the weird Yoda like granola bar and the bottle of apple juice as a breakfast combo. 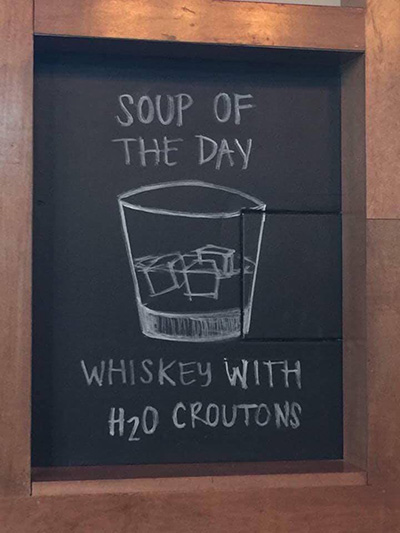 Third, or is it Fourth?, here's something (above) that made me laugh when I saw on teh internets recently.

I figured you might need a little laugh as well. Cuz, hey, some days these days there isn't much to laugh about. But I here on the Jumping for Joy blog, try to, as often as I can, post something that gives me ... well, joy. My art gives me joy. Quotations give me joy. Telling little stories and being a little silly gives me joy. So, if you need a little joy, please come back and hang with me here for a second or two. And tell your pals.

Oh, and also, I think there's a feature above where you can get notified every time I post something but if you're really feeling the Andrew-ness, I'm starting a little weekly newsletter. My thought about this is it's a chance to send the week's worth of links and strips and do a quick check in with my peeps. My peeps, btw, come from all over and sometimes I like to promote my peeps here on this blog and will do so in the newsletter too. It's kinda important to me to spread the joys that my friends are having. You can drop me a note at my gmail address or leave a comment with your email address. I have to moderate it so I'll get the address and then delete the post so your privacy is insured.

I had a career counselor that said to me "no one reads anymore". Gosh, I hope that's not true.

OK this is long enough. That's enough for this morning!

Tags: calendar, coffeepot, isn't that a piece of your skin that hangs down?, kavanaugh, plausible deniability, scone, what about the tags?, what do these keywords really do anyway?