Hang In There Baby

These days, it feels like we are perpetually in the middle of November sweeps - Big! Events! All! The! Time!

I don't know about you, but I'm exhausted. 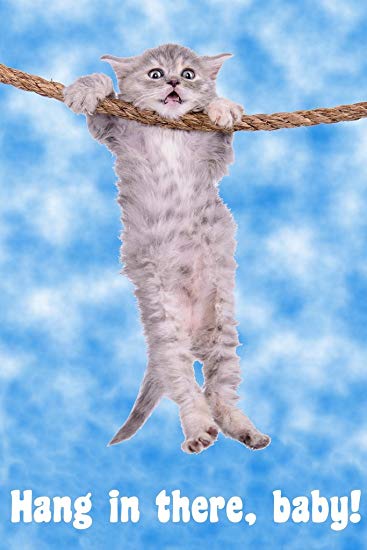 Some say that's the point - to wear us down - but I don't give the people who run things that much credit. I think they just are a bunch of drama queens who thrive on hearing their names on the news and online day after day.

How I have been dealing with this is how many of us are - taking a needed social media break except when I'm posting meals we make "in our tiny place" and the ongoing saga of what we're painting our apartment now. If you haven't been keeping up, now that it's cooler weather, we're back to using the oven again and the middle room is lavender and our bedroom has one wall that's a Tiffany blue (the other three will follow as we get motivation to completely dismantle another room and disrupt our lives for a couple of days. Stay tuned).

The Universe decided that I must need some sort of calamity so it did what it could and decided that the business that owns the storage unit I pay gobs of money to every month was going to kick everyone out to do a renovation. Not floor by floor, just 'everyone out of the pool'. That's a business model that hasn't been explored yet, has it? "Let's get rid of all of our revenue generators" and spend gobs of money to ... what? What does one do to a storage unit to 'renovate' it? Ironically, of course, you send all of your revenue in the waiting arms of other storage unit businesses. I don't really get the logic behind that.

I did get an amusing story out of it, however, as the customer service rep proudly told me that they would move me for free if I went to "the upper west side location in Long Island City". Oh dear, someone doesn't know their geography.

The good news is that there's another place near my apartment that's actually cheaper and more convenient. When I told THEIR customer service rep that 'the place I am currently at is kicking everyone out', they laughed and named the business. Apparently they are enjoying the bounty of a rival business's stupidity. Or maybe they're just owned by the same corporation and I'm the stooge who thinks he's getting away with something. Ack.

Anyway, as I stood in my space, looking at all the literal baggage I've been carrying around for the better part of 20 years, I decided that the proximity to my new space from my apartment would give me the availability to let go of a lot of stuff. I've been collecting comics for roughly 40 years and have about 15 long boxes which hold about 200 comics each. That's a lot of men in spandex. There's about 10% that I love and want to hold on to, but the rest has got to go. I don't really know who will want a SWORD OF THE ATOM comic from the 80s but I'm hoping that someone will give it and others like it a home. :) I'm not intending on making money as the general resale value of most of it as, one friend kindly put it, 'bupkiss', but maybe someone will enjoy it who doesn't have to pay $$ a month to store it.

Also on the plate - this Saturday, I have a wedding to go to in Toronto. I leave early Sat morning because I am managing an event in New Jersey the night before. I had thought that self care might be the better option until I reasoned that spending time with fun people on a important occasion in a place away from home might be just the cure for feeling ragged.

There's a few other things happening which I won't get into now.. and while I'm not sure that I'm managing well, I am managing and hopefully that counts for something.

OK that's enough for now. More soon. Or later. Or Whenever.

Tags: hang in there baby

Good morning and Happy October. It's International Coffee Day and yes, it's a real thing.

There's no real special way to celebrate, just chug down your favorite cup of Joe and SPEED THROUGH YOUR DAY LIKE YOU'RE ON FIRE! 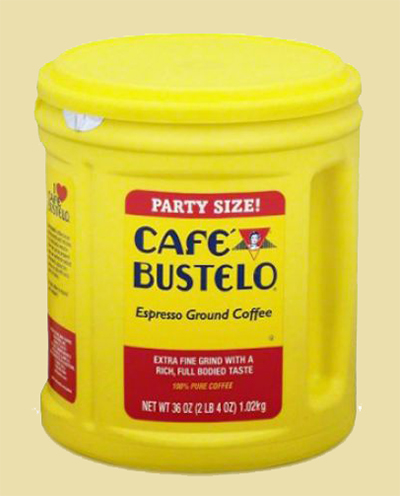 I didn't start drinking any kind of coffee-like drink until 2011 when I was dating a guy whose apartment always smelled of Cafe Bustelo. I had always loved that aroma but had thought that the taste was nasty.

I am willing to admit that I based this dislike on two things - my mother's coffee breath (mixed with cigarettes and her perfume) and terrible awful taste of coffee ice cream. Upon reflection, neither was, of course, a gauge how I would myself like or not like an actual coffee product.

Flash forward to autumn 2011 when I was at a moment in my life where I was more or less starting from scratch and was willing to try things, even things I swore I didn't like (I will say for the record that my refusal to eat any condiments - ketchup, mustard, etc - on the basis that 'they're yucky' is unwavering).

Anyway, he offered to make me a cappuccino with his fancy schmancy espresso machine and, when I realized it was basically a caffeinated milk shake, I fell in love. Oh, no, not with him, the relationship with him didn't last much longer but that's OK; the love of all things coffee more than took up the slack. I think I got the better end of the deal.

So Happy International Coffee Day to all of those who are reading this blog post through hazy morning eyes!