So, true story: we went dancing at Hunters in Fort Lauderdale last Sat night and, to protect our hearing, my BF and I put earplugs in our ears to muffle the sound (slightly). We had a wonderful time and even shared the few extra ear plugs we had with others on the dance floor. 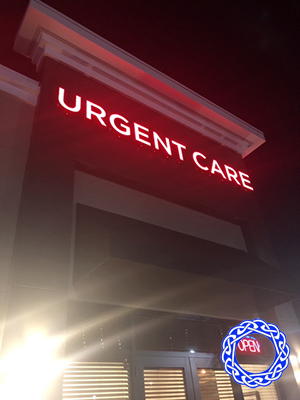 The next morning, my right ear was blocked with that feeling you get when you've just gotten off of a plane... and I could not get it to "un-block". I also had a bit of pain and hearing loss. Nothing monumental, but definitely not normal.

I hemmed and hawed about this chalking it up to a bit of extra wax lodged somewhere in the ear canal, but, as the day for our return flight approached, I started worrying that it could be something worse (like a perforated eardrum) that could be made worse by being on an airplane.

Finally, on New Year's Eve, I got worried enough that we went to urgent care.

It turned out that the earplugs had pushed a big glop of wax back to the drum. They pulled it all out (it was literally the size of an earbud) and I instantly felt great relief - pain gone and, most significantly, I could instantly hear better than I have heard in many years. I didn't even realize that I had been having trouble hearing in that ear until I could hear normally; apparently it had been a very slow and subtle buildup.

We ended up going out to a party and had an amazing time. Had I been worrying all night, it would have ruined the 'good time, had by all' that we had til the wee hours of the morning (grin).

So the moral to the story is: Sometimes you have to go through scary stuff to get through to the good stuff.

Oh, and remember to clean your ears on a regular basis.

Wishing you all a Happy New Ear!