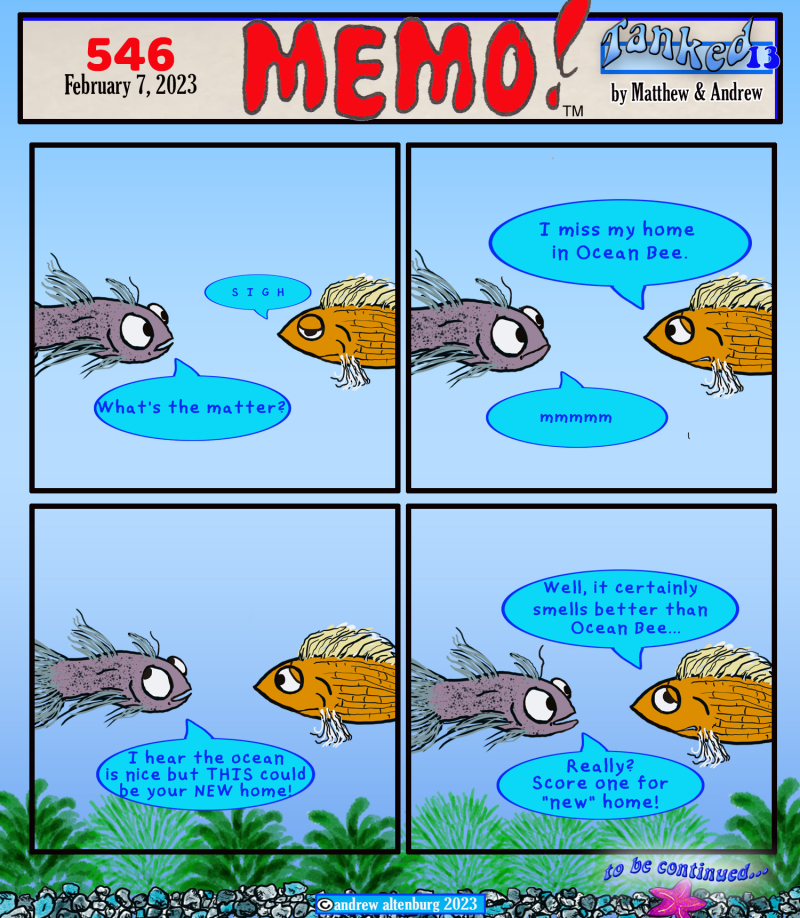 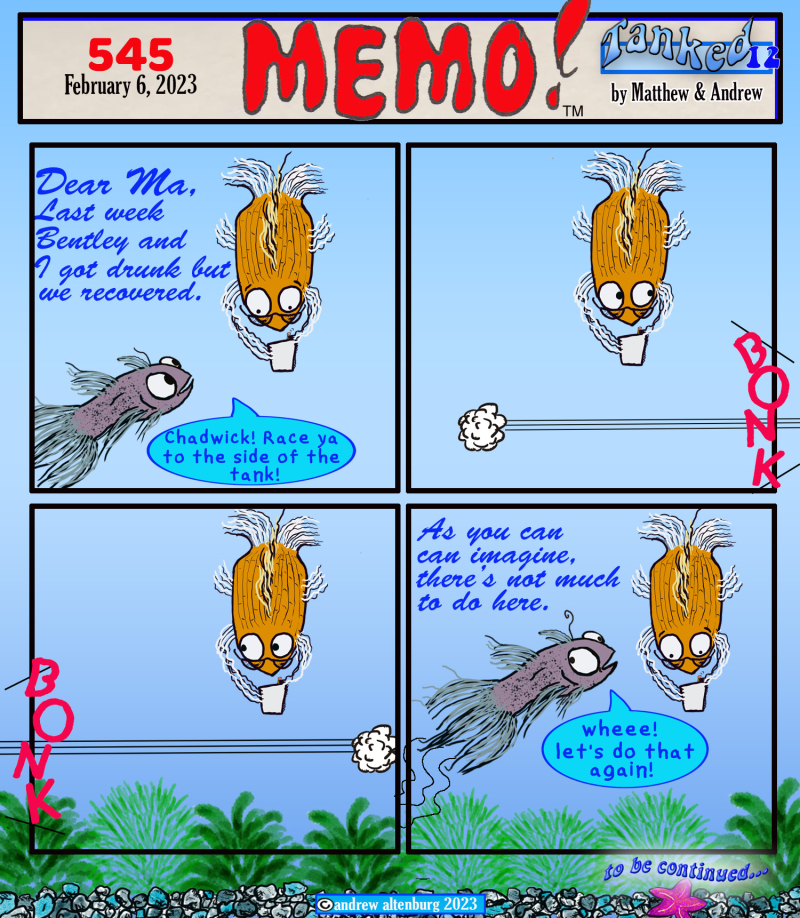 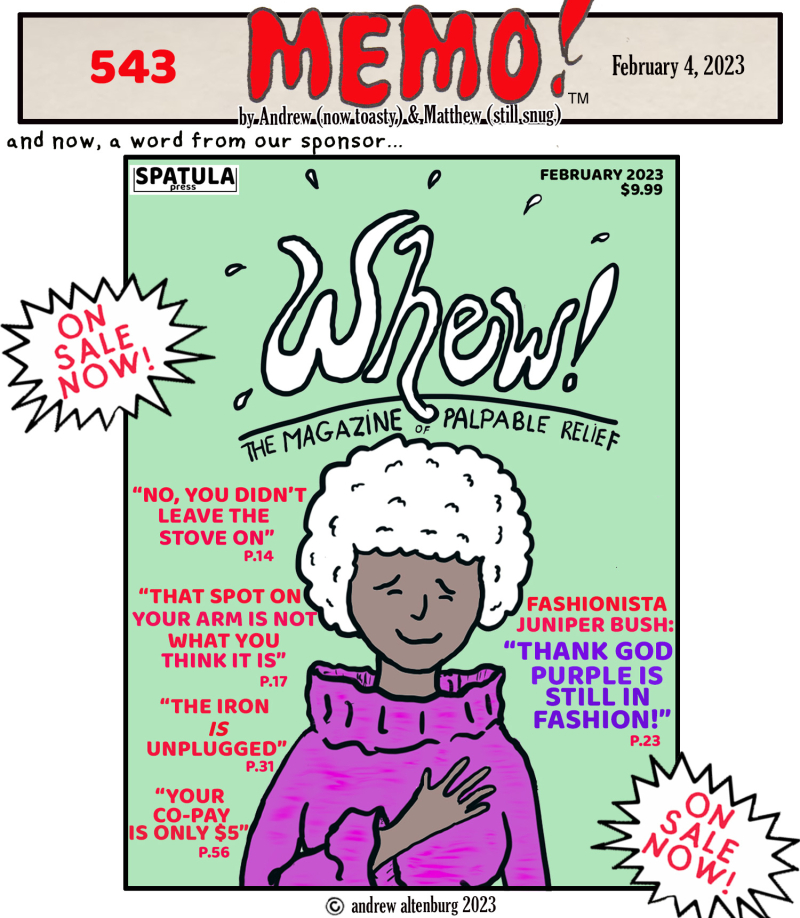 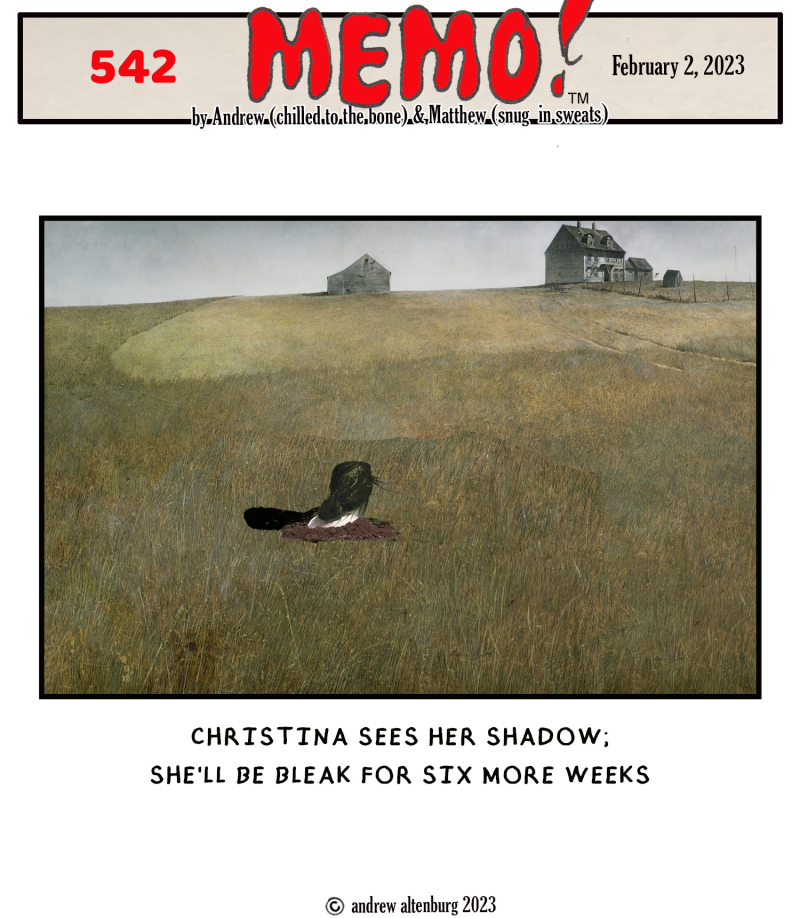 Andrew's note - hi all, I have to admit that I'm only on board with the caption about 60 maybe 70%. Here's the story - I wanted to do something Groundhog day related because it seemed that it was more 'in the ether' than usual. Maybe this is just afterglow after a perceived newfound 'freedom' which people refer to as 'post pandemic', which, when I hear it, I just chuckle. Oh Mary we're still in it, the media just moved on to classified documents (apparently I am the only one on Earth that doesn't have classified documents - but I DID take some sheet music out of the bandroom at Mosinee High School like 40 years ago - some of it may have found its way in to the bench of our living room upright piano - but I think when the music director came to a party once and spied sheet music that so obviously was from his class, he took most of it home with him. But I digress.)

Anyway, I wanted to do a groundhog thing and the only thing that came to mind was a riff on Christina's World. I struggled with getting her to look like she was coming out of a hole and then I had to place the shadow (and it was being awfully fussy). By the time I finished I was a little harrassed and decided that it didn't look right and to maybe do something with it again in the future. Then, Feb 2 whizzed by and I was busy with a work party so I didn't think too much about it. Today, Feb 3 when I was rooting around in my MEMO files, I re-opened what I'd worked on and it gave me a laugh - once I had a little distance from it, I could see that it really 'read'.

The caption wasn't really coming to me so I wrote "whatever" feeling that the image was more or less strong enough to carry it. I'm not sure that I was right but although I am a perfectionist (well, more or less, lately) I decided to let it go and post. Anyway, thank you for coming to my TED talk. :) 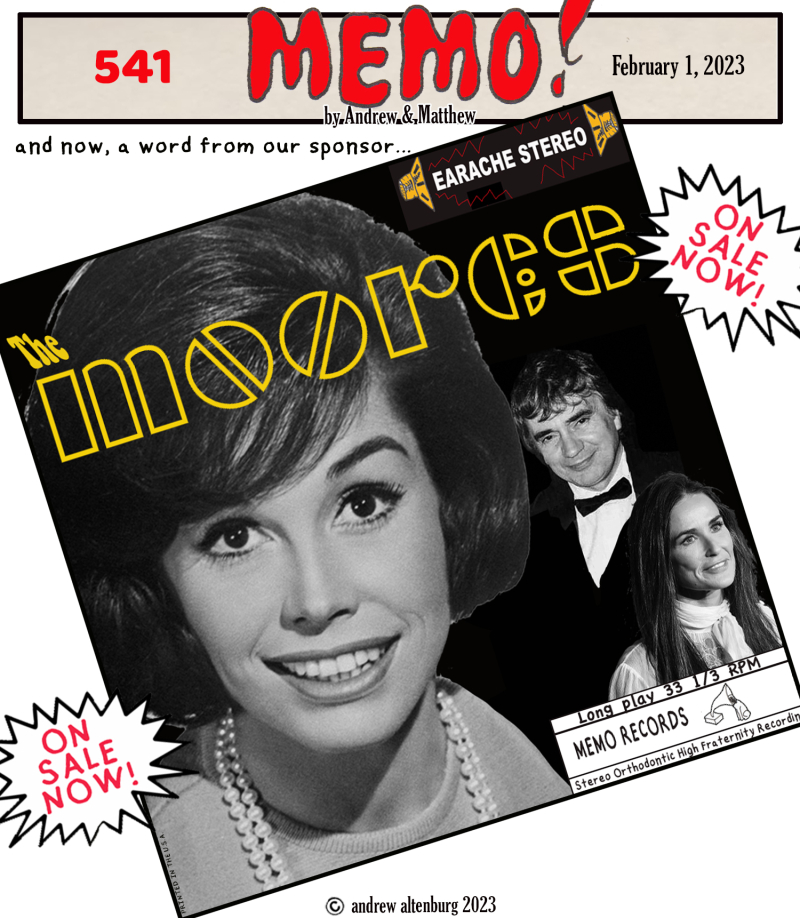 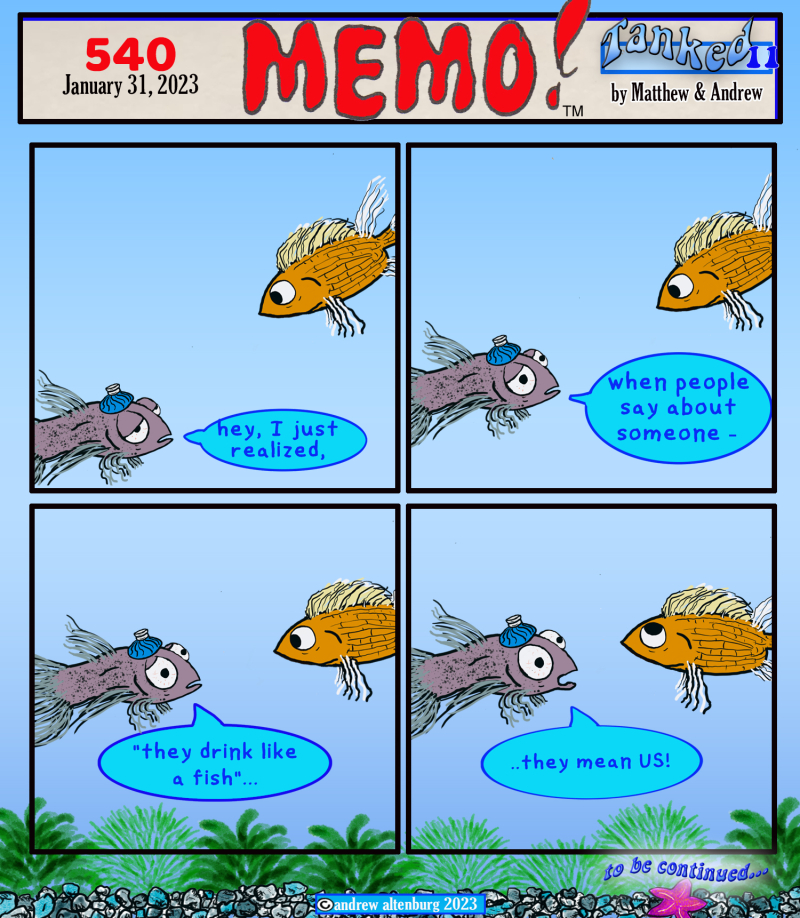 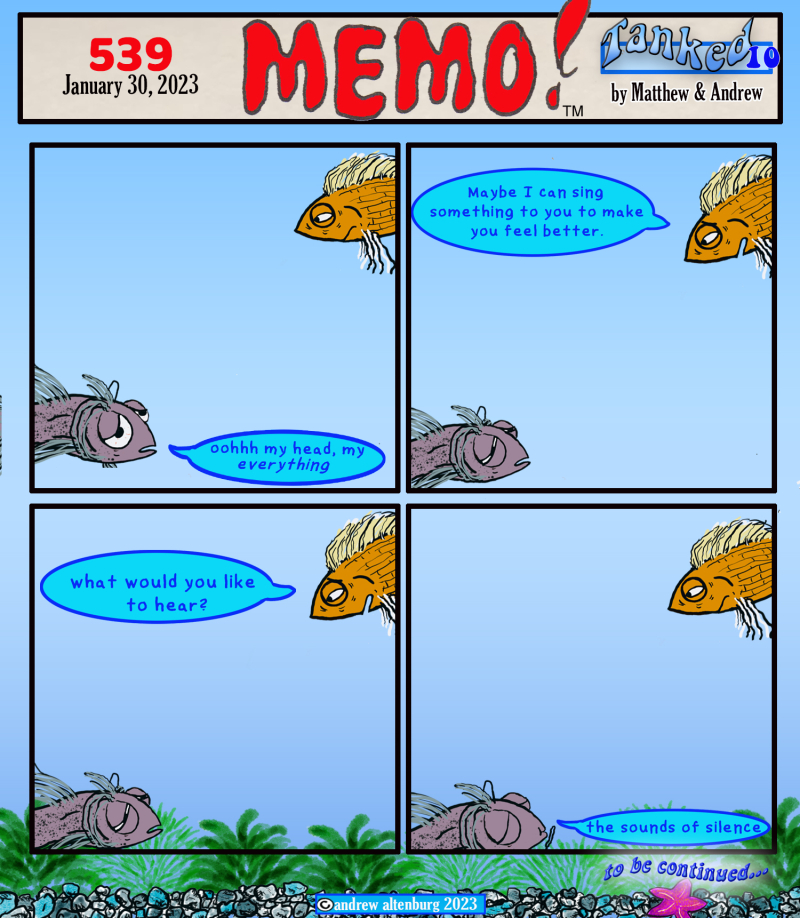 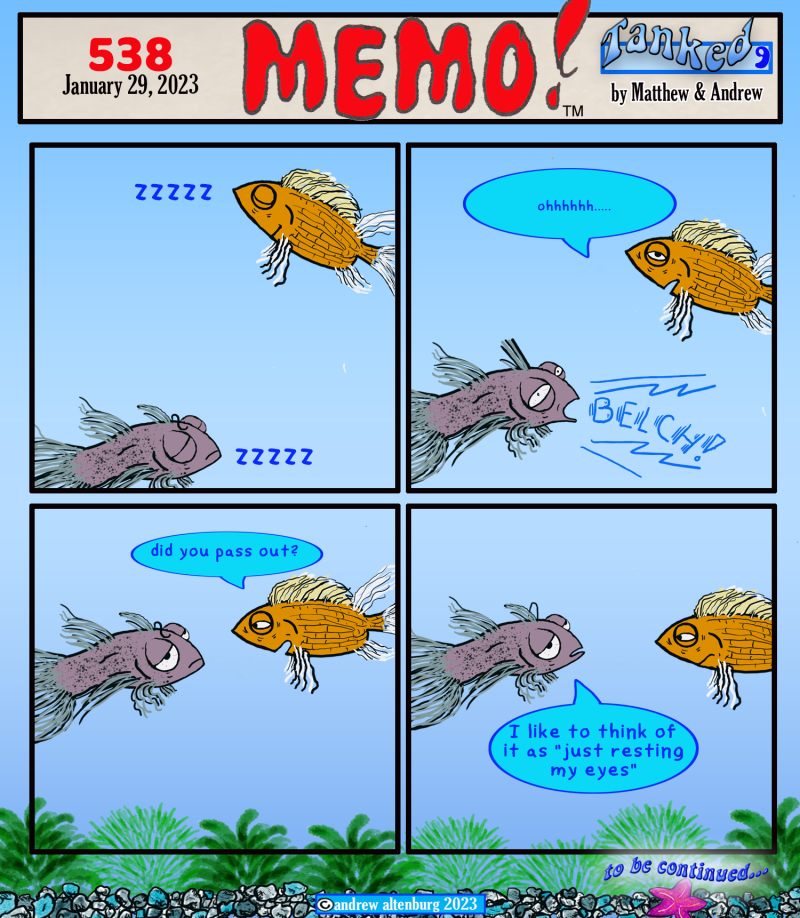 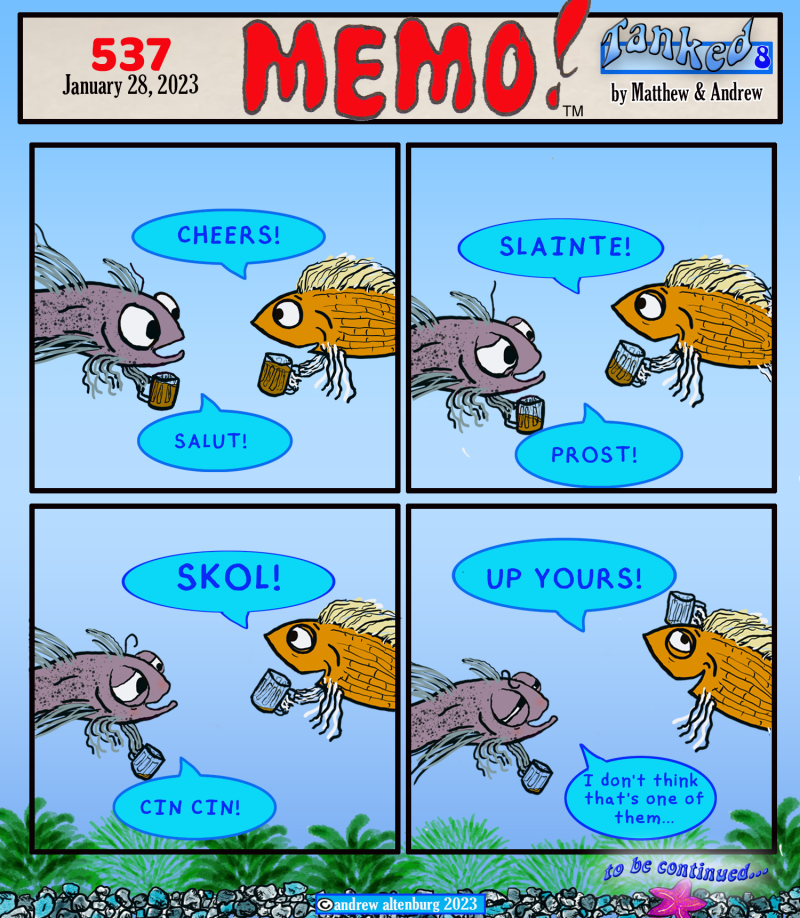