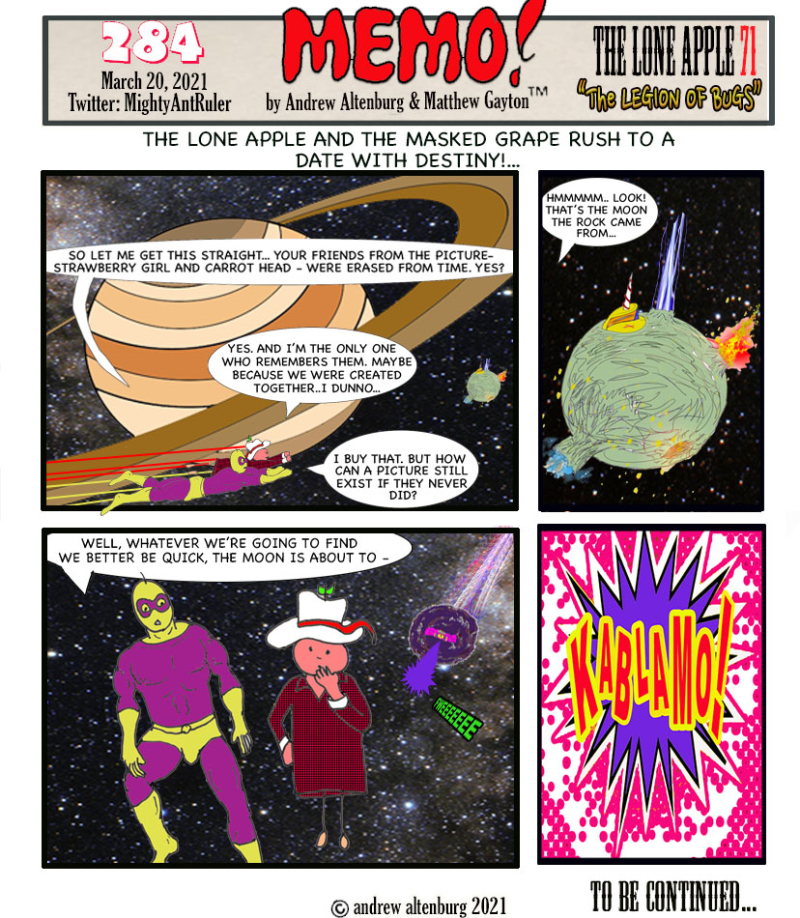 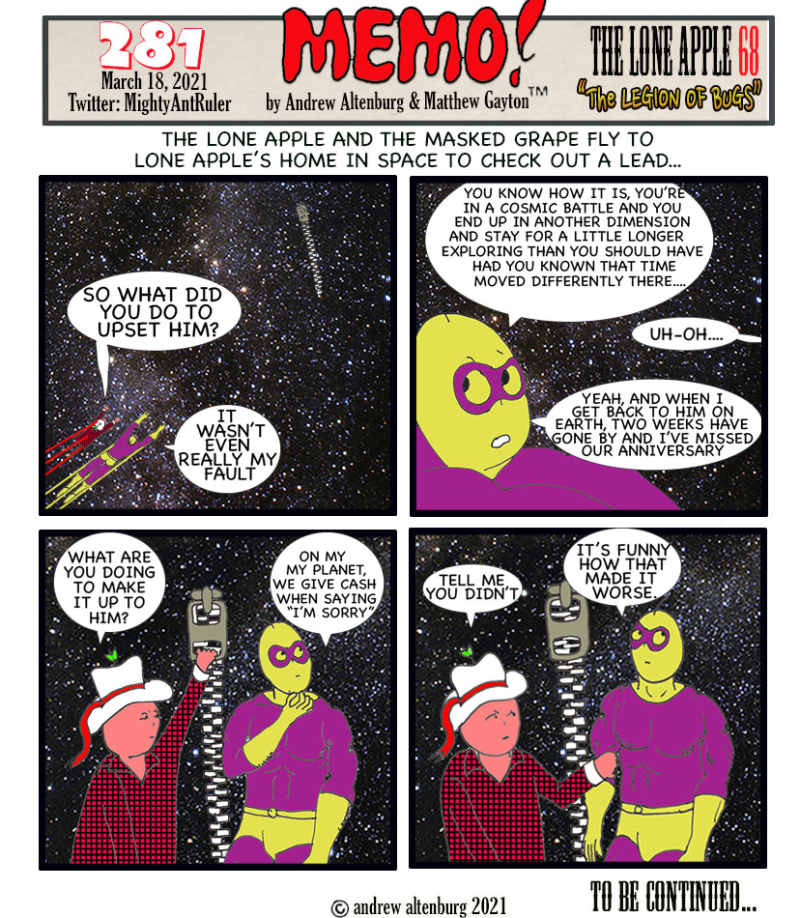 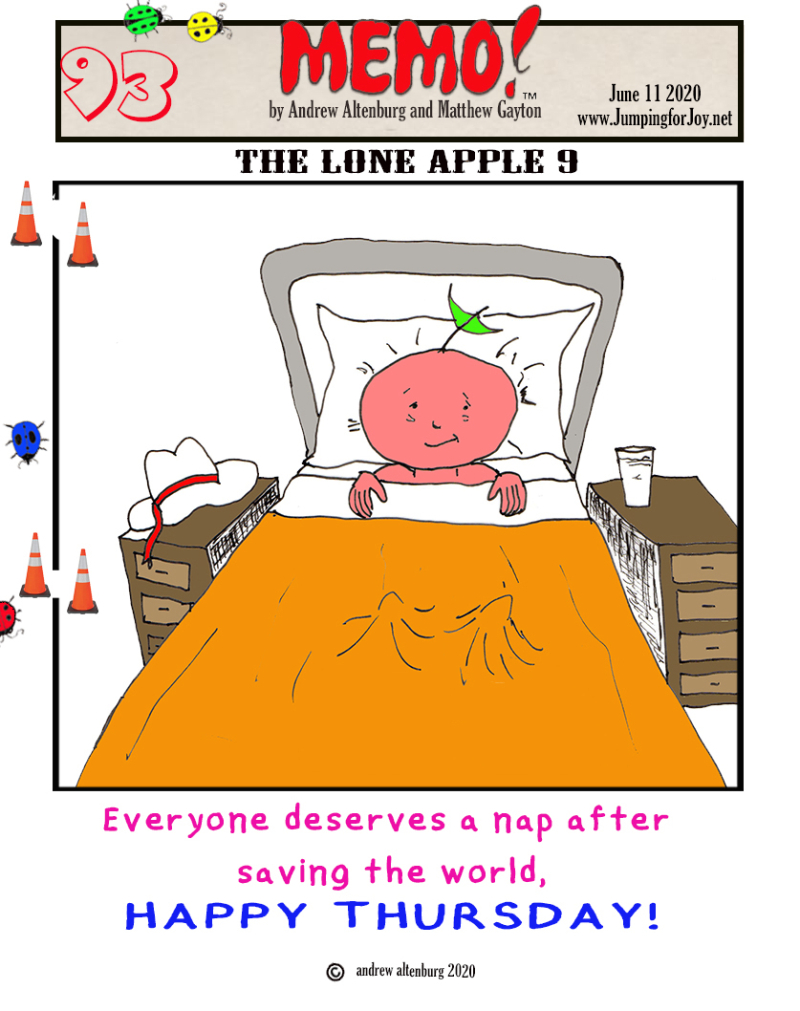 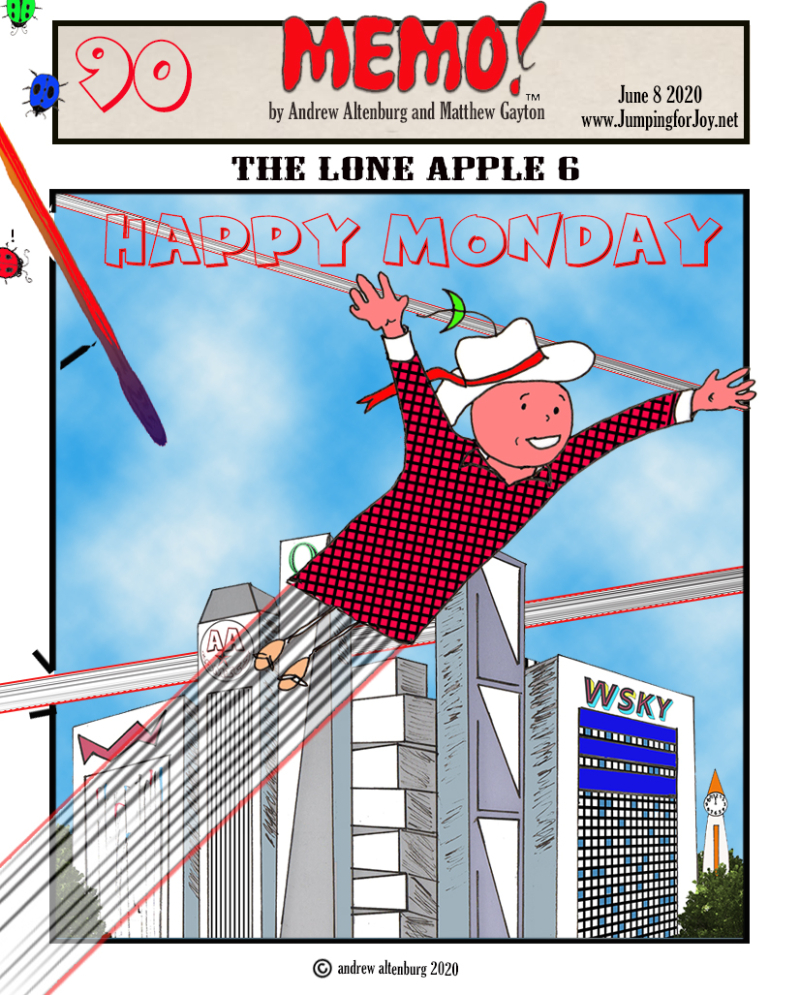 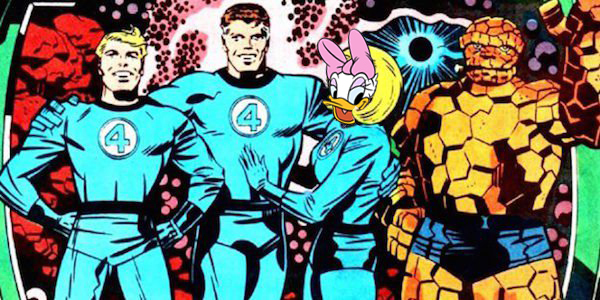 Good morning - did you know that it's been ten years since Disney acquired Marvel?

Frankly, at the time, I lamented that there would be more crass cross promotion and less creative output, or that the once champion of social issues might become less textured and more family friendly .... and thankfully, I was wrong. I think Disney has successfully managed their Marvel properties in such a way that shows great restraint and conscience.

Earlier this year, Disney closed on a deal to acquire Fox and, in the deal, got XMen and The Fantastic Four. I suspect the next wave for Marvel will be spotlighting these characters now that Captain America and Iron Man have left the cinematic universe stage (well, sort of, in that way that comic book characters never really leave, they just have the baton passed to them).

In the next wave of movies,  I would like Marvel to consider replacing Sue Storm (in the Fantastic Four) with Daisy Duck.  I don't know why, but the idea of it made me so happy that I created a graphic illustrating what this would look like. Note to Disney: please don't sue me. :)

Just a little nonsense for a Saturday morning. Hope your holiday weekend is off to a great start! 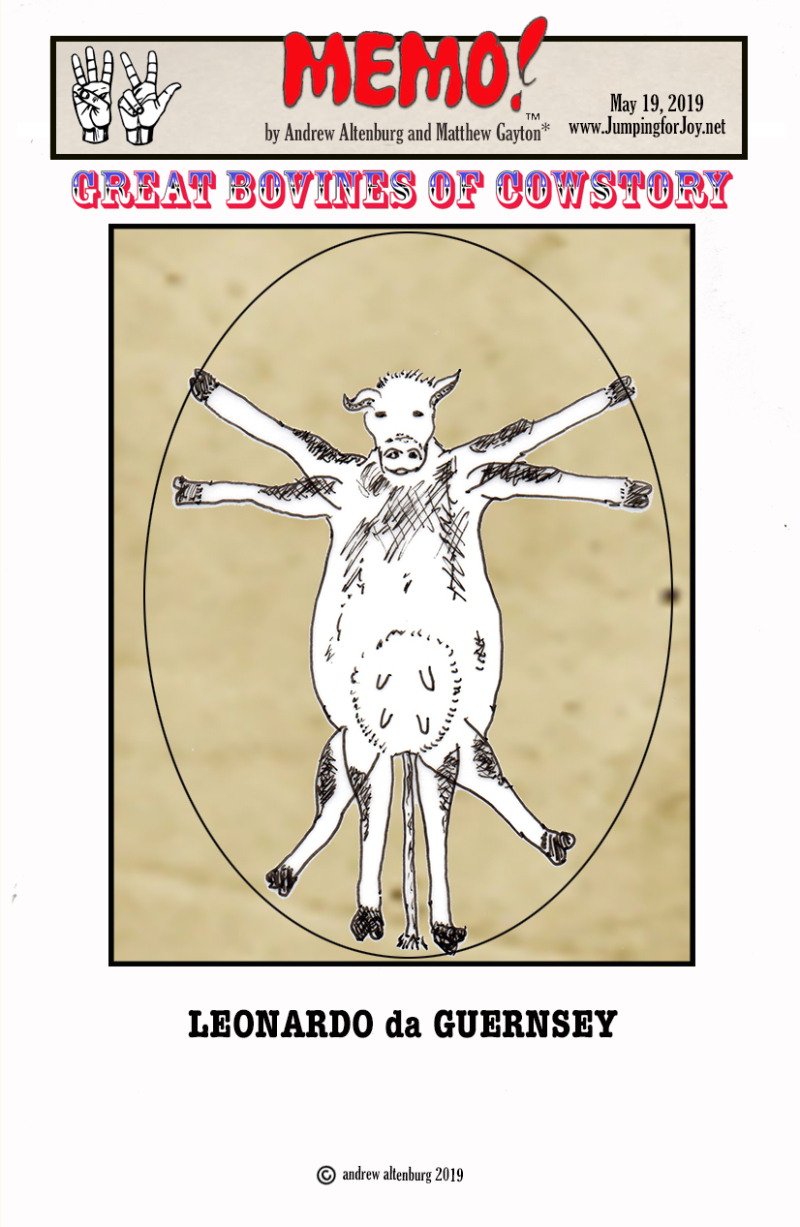 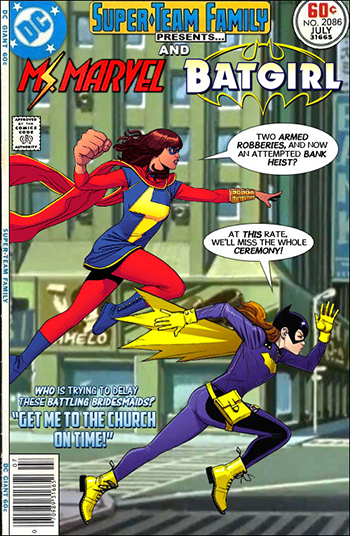 Happy Saturday morning all - hope that the first week of 2018 has been a blast - or, at least, a time to finish resting, relaxing, and recharging from the holiday season madness! :)

This morning, a few words about one of my all time favorite blogs - Super Team Family. If you're not a comic book fan, this site won't mean squat to you but for those of us who have enjoyed a few years of comic booking, this site is a joy.

You see, there used to be a comic book called Super Team Family and it was published by DC Comics in the 70s. Back in the late 70s, DC created a line of "Family" books - one for Superman, one for Batman and also the Super Team Family where they would publish team ups. I seem to remember that Super Team Family consisted of reprints of past team ups of heroes (but I will be happy to be corrected). As a side note, DC also published a comic book called The Brave and the Bold which also featured super hero team ups, but these were new stories. Originally, Brave and the Bold featured sort of anyone teaming up with anyone... but at some point, it became a Batman only team up book. Realistically, however, Batman could only be shoehorned into so many other heroes' stories without it getting a little ridiculous since Batman doesn't have any powers (and, at the time I was reading, in the 70s and 80s, he was still 'just a man in a bat suit' rather than the more modern interpretation that he can single handedly go up against the entire Justice League of America and win... but I digress significantly).

Anyway, artist Ross Pearsall conceived of a site where he'd create covers for team ups he wished would happen - not just between DC Comics characters, but between any character from any company. And thus the Super Team Family blog was born. I don't pretend to know all the history and frankly, it's not that important to know in order to enjoy. If all the site had been created for was to have a mock cover featuring time traveler hero Booster Gold and the Tom Baker Doctor Who, then I'd be OK with that. But my latest favorite is Ms. Marvel and Batgirl (but then, I'm a kind of Supergirl and Batgirl fan for some reason so anything with Batgirl is going to appeal to me). If you're  a comic book fan and this all sounds appealing to you, please check out the site by clicking here. 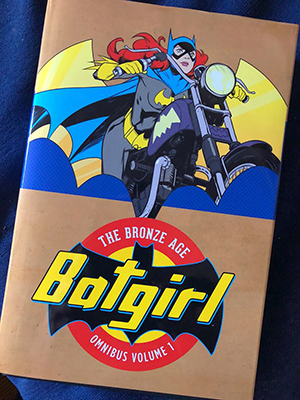 As a side note, speaking of Batgirl, my pal Frank reports that there is a new omnibus collection of Batgirl stories from 1967 - 1977. It's not comprehensive but if you like your bat character with a few curves and long red hair (and I know Todd is sitting there reading this nodding his head), then this is for you. Available at finer comic shops across the land.

That Did Not Diminish My Childhood #StarWarsSpoilers #TheLastJedi #StarWars #comicbooks #DCComics

A common complaint about the new Star Wars flick, The Last Jedi, is that it has ruined people's childhoods. Apparently because Luke dies (sorry, spoiler) and has more or less failed to live up to the mantle of hero in the way that fans think he should have, this has ruined 40 years worth of devotion.

First, that's ridiculous. If 40 years can be rubbed out over the course of one movie, then I question what kind of fan you are.

Second, and most importantly, throughout The Force Awakens and The Last Jedi, Luke is seen as a hero throughout the galaxy. His name is said reverently and apparently he has inspired others to tap into the Force. There is real beauty in his story - especially in his final sacrifice. I can't think of a better arc for him and I'm very happy with it. 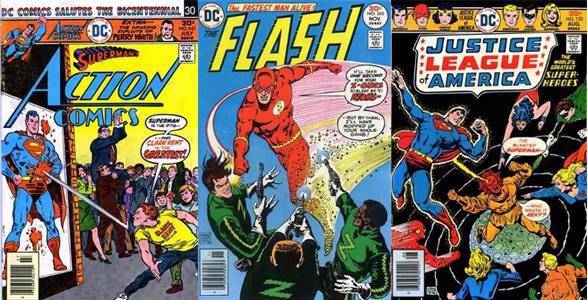 Growing up I loved reading Harvey comics. Casper, Richie Rich, Wendy, etc captured my imagination. The stories were funny and fanciful and I loved them. But my sister thought that I, as a 12 year old, should be reading something more 'adult' in nature. So one day when my parents, she and I were traveling in our Winnebago, we stopped in to the Clock Tower Resort located in Rockford, IL In the gift store, they had a spinner rack with three bagged super hero comics. My sister liked the one featuring someone saying Superman was the pits (it was her 'catch phrase' at the time). So on the way home, I read The Flash, Action Comics, and Justice League of America. I was hooked and spent the next decade a very hard core reader up until the Crisis on Infinite Earths changed the continuity from multiple earths to one Earth. The 12 issue story was great but not really well thought out and post Crisis DC Comics has often been a muddle where creators have continuously tried to rework the revision. I stopped reading regularly in the late 80s although I have kept up with occasional stories now and then.

Along the way most of my childhood heroes either died (but came back) or their origins changed (how many versions of Wonder Woman's origin exist?) or they became 'grim and gritty' (I was bored with this direction as soon as it appeared). But at no time did I feel like my childhood had been diminished.

Out of curiosity, I googled the Clock Tower only to discover that it had fallen into disrepair and had been sold to a developer last May. Last report was that it was in the middle of demolition last month.

I should mention here that the Winnebago was sold in 1982 after my father died of cancer and we were basically broke. I should also mention that after another 30 years of living in her house, my mom passed away in 2012 and the house was sold. The new owners have made massive changes at least the exterior of the house and it looks amazing.

Is my childhood gone because fictional superheroes I loved died/got gritty? or that things from my growing up were sold, demolished, changed, upgraded?

Life is evolution and nothing can stay the same no matter how much we'd like it to. You can't keep your childhood in amber, bubble-wrapped from the rigors of the march of time.

And even if you could... would you want it to?