X
Welcome to JUMPING FOR JOY! I usually update at 7am every day. Have fun, leave comments, and stay joyful! 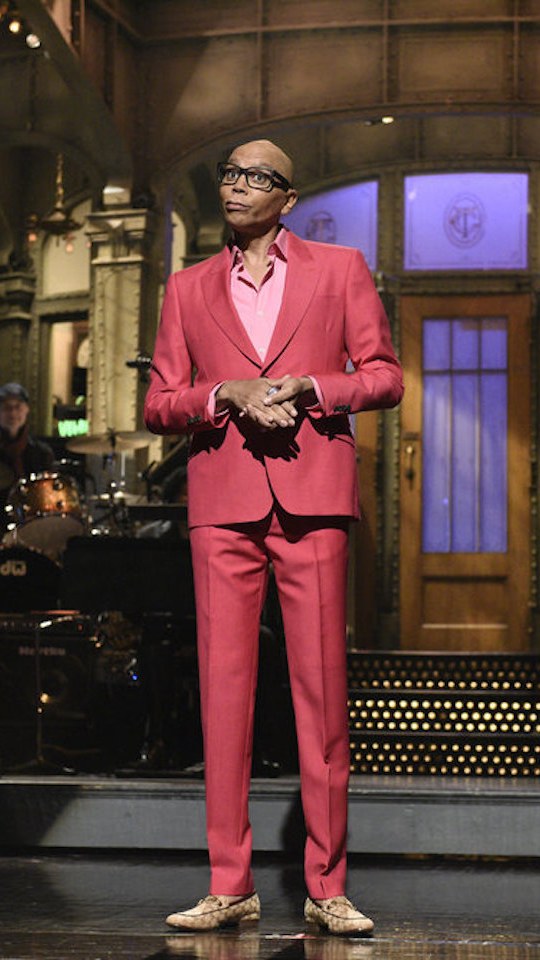 Ok so if anyone who has never been to a gay bar has ever wondered what it's like, last Saturday night's episode of Saturday Night Live was, for me, like spending 90 minutes in the Boiler Room in the East Village - there was drag, shade, intelligent conversation, cute guys, some politics, a little game playing, some flirting (and some welcome objectification), and, as happens, philosophizing about the 'good old days' of New York. It seems that even when I've not lived in New York, conversation with my peeps invariably turns to 'well, things were better back then' (that "Old New York" sketch was sadly accurate, but hilarious).

I've also been to bars where they feature some twink performing something unintelligible but the middle aged gays like it because the performer is cute. This is sorta kinda how I feel about Justin Bieber but without the "the performer is cute" part (but I know plenty of guys that think that he's a hottie). My favorite line of the night came from the Facebook as one friend said "how did he go from looking like a 12 year old pretending to be an adult to a 47 year old drug dealer in just three years?"

Anyway, Ru came to play and she succeeded.. go Ru! (Photo from NBC!)

Quote of the Day #tomspurgeon 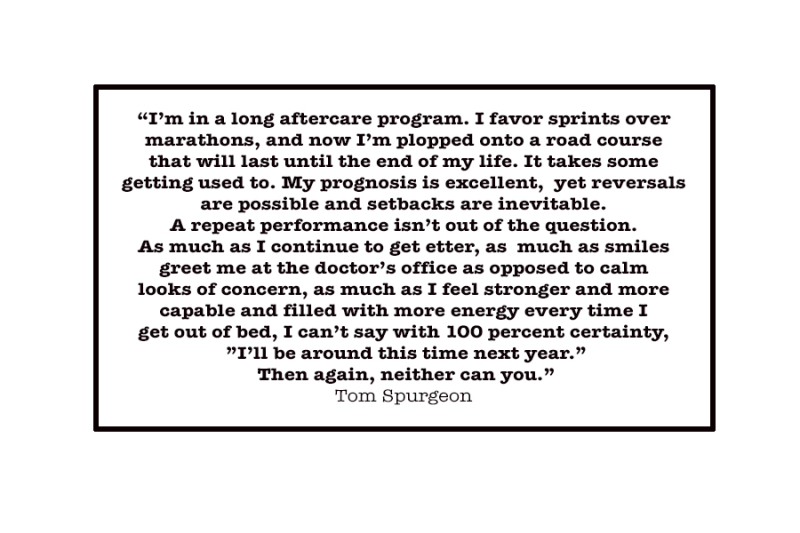 In these troubled times, this meme speaks to everything that I think and feel. I cannot stress this enough.

As a side note, growing up I was not taught to fear God as others I knew did - I could not quite ever come to grips with the images of a vengeful, angry version of God that was just waiting to pounce when I messed up. I've always had the image of God as a driving buddy who would sit patiently in the passenger seat until I realized that we might be better off if He were driving instead. And when I would do that, He would be all "I got this". I found myself in a lot of unexpected and amazing places that way. When you see everything as a punishment, everything becomes one. When you see everything more positively, well, you get the idea.

Seems to me that the good news of the New Testament was all about "you don't have to do all those things like twirling three times in a circle to get forgiven, anymore, I've made it easy for you is ask for forgiveness... done? Great!"... but we still get Old Testament thinking even to this day (and I'm sure we'll see a LOT of that in the coming months now that Mayor Pete seems to have a real shot at the Presidency... oh, that'll be ... "fun"! Lol).

Meanwhile, the Twitter account @TheGoodGodAbove is always great fun for clear thinking bite size theology 'erring' on the side of humanity ....and humor. We could use a lot more of that these days, that's for sure! 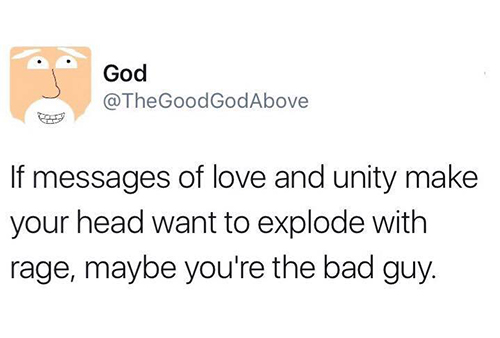 Tags: message of love and unity, the good god above

Amazon and the Temple of Unhelpfulness #amazon #amazonfirestick @amazon 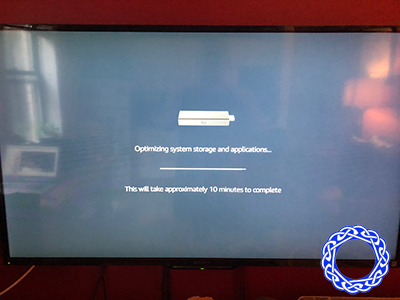 Hope everyone reading this had a great weekend - we got stuff done, I did some reading, I watched some TV and I cracked open my new Ipad and figured out how to start using it to draw.

Unfortunately I also spent an inordinate amount of time trying to make an Amazon Firestick work that we got from a friend at Christmas. We waited this long to use it because so often in the modern world, these electronic devices are just mass produced and thrown out into the world without any instructions. I guess they figure people will figure it out on their own. But more often than not, we don't. And then when we reach out for help, we are cross examined as though we are on a witness stand for manslaughter.

I put it out to Facebook friends, one who suggested a factory re-sent, which I tried to do following their directions and that didn't work either.

In any event, I've plugged it in the HDMI port on the TV, I get the Amazon and Firestick logos, and then a screen that says it's "optimizing system storage and applications" and to wait for ten minutes. I've seen that screen roughly two dozen times over the past three days. It's like my TV is having a GROUNDHOG DAY  but without Bill Murray.

As you can imagine, the joy of the gift has faded and been replaced with an undefinable rage at a culture that assumes, I guess, that we're all either 15 years old or have a degree in engineering. Neither is true, just in case you were wondering.

You know, if someone in NYC was looking for a self-run business and even remotely tech-savvy, they could really clean up being hired to help people fed up with trying to help people figure out these devices.  Just puttin it out there (and if someone does start this business, my payment for the idea is that Im you're first customer).

So we'll continue logging on to our apps through our laptop and then hooking the laptop up by a cord to the TV. It ain't perfect, but everytime we get annoyed when we have to do that, we'll just remember this weekend and it won't seem so bad.

Quote of the Day 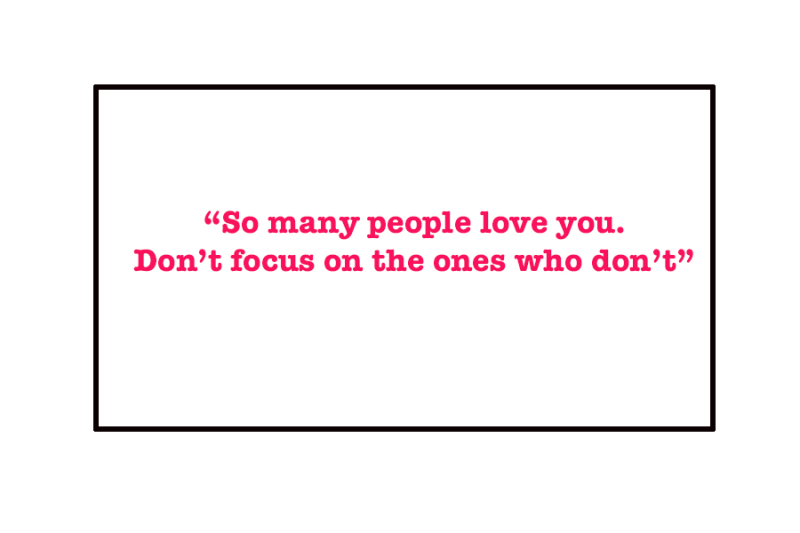 Saying Thanks for the Flowers 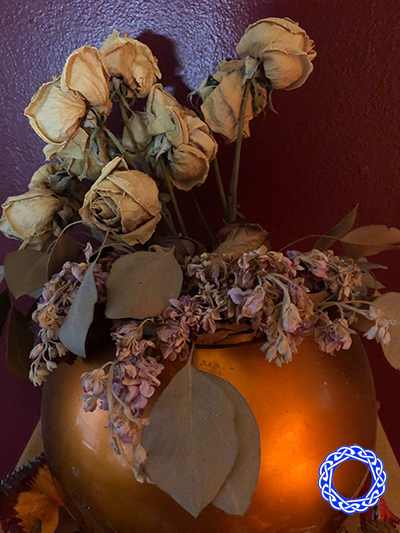 So in my mad whirl to unload, decrease, move forward, I've been taking inventory on many things in my life. Now, it's unrealistic to expect that I can do 'everything' at once, so I have been trying to give myself a bit of latitude to make forward movement every day even if it's a tiny thing; a tiny step forward is still a step forward.

It's with this in mind that I come to two small bouquets of dried flowers that have been sitting in a vase for seven and a half years - when my mom died in September 2012, two friends sent me bouquets and they both landed in a vase where they have sat for this entire time. They've been a constant reminder of her passing and the pain of that and so I feel that now might be the time to let them go. They are brittle so I don't think that they can be pressed and after a little bit of a search online, it looks like my only options would be to make potpourri from them or put them in soap. I don't think I'll do either but those are nice thoughts.

So today I say thanks for the flowers - the first from Dan, a guy I had started a long distance relationship with at the time and the second from a friend, Jodie, who has been there for me many times over the years in ways that were unexpected and beautiful.

I will miss my mom til the day I die but I have other reminders of her in my life and dead flowers aren't the way to celebrate her, my friends, or myself. At least, not anymore. It's a seeming small step, but being ready to move on from the daily reminder of a painful past, might be the biggest step of them all.

Better Than My Baggage It occurred to me the other night, as I sat at a party, that I, like most people, live and die by our baggage. I'm talking emotional baggage not Samsonite (although I did have an acquaintance once whose luggage was worth more than everything I owned combined, so that does exist out there but not the point of this blog). Something someone casually talked about made me think of a current situation I'm in and reminds me of an old situation I was in (although the current one is far less of a 'thing' than that was). Baggage. It's irritating. I want to react to the thing now not now to the thing that happened before. Follow me?

Now I know this is an overshare but the thing that I have found in my long legged life is this: everyone has baggage. It's super irritating but it's true. LOL

And that way that they are treating you might not actually be 'you', you might be the latest stand in for whatever it is that bit them in the neck in the past.

And, there, in a room full of crowded people, at a marvelous party, I had a kind of epiphany.

Because it would have been easy to start to slide into a little bit of a funk, but, then it hit me: I'm better than my baggage. Really. I know I am. I'm better than dwelling on this or that rather than just present for those who aren't triggering some baggage. I'm better than feeling like a pinball.

I can't all of my baggage magically went away - wouldn't that be nice? lol - but maybe it's more of an 'let go' kind of thing where I notice but don't give it, as they say, free rent in my head. :)

What about you? What's your baggage? What are you missing out of the present by holding on so tightly to from before? (Not that I'm asking you to put your thoughts in the comments section, of course, but maybe something to take a little inventory of if you're feeling inclined).

Corny as it sounds, it's easier to jump for joy without all of that baggage holding me down so there might just be something to that. :)

P.S. I try to use my own photos whenever I can because I think I'm an OK photographer and I want to try, as best as I can, to create content rather than just yank content (including pics). I'm not adverse to it (I've certainly done it) but as someone who likes to shoot and post pics, maybe I should do what I would hope others would do: give credit to the source of the image. Anyway, I digress, but I went to Home Depot the other day to find new knobs for my new dresser (I am really loving the dresser... it's amazing!) and ended up looking at bedside lamps. This was one of my favorites and it was the only even remotely artistic photo I have since I unloaded the last month's of photos to my external harddrive. So here's a lamp. I figure that with the 'epiphany' comment and the use of the photo, I look like I was trying to be cute and corny. Actually, that is exactly what I wanted. Did it work? :)

Tags: I totally have zero idea what to put in the Tags box. What IS this thing?, motivational, thoughtful, thoughts

Quote of the Day #rainermariarilke 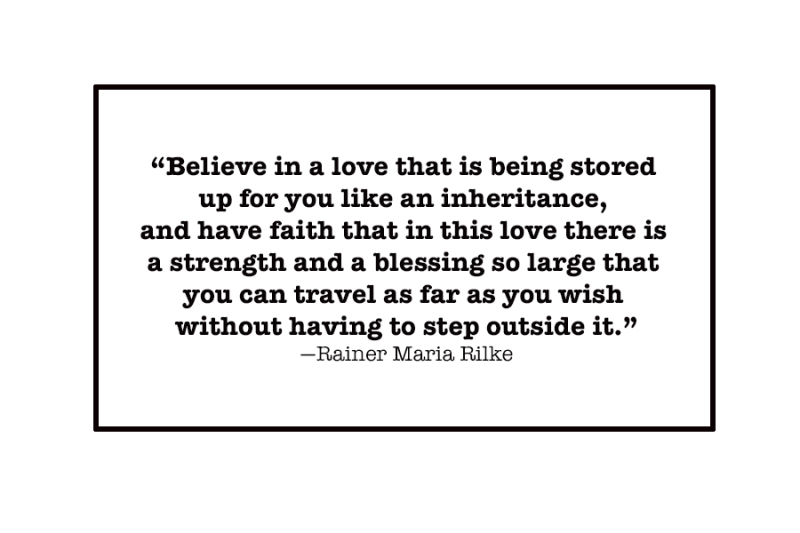 Quote of the Day #liztaylor 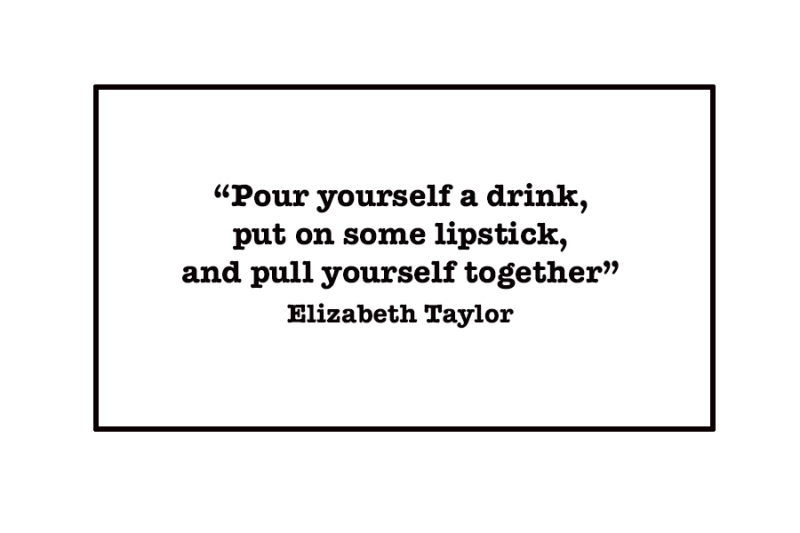 There's something about this one that really cracks me up - maybe it's because I actually sometimes feel like the world's biggest clutz; maybe it's because I still remember the old Brooke Shields "I tripped on purpose" SNL skit; or maybe it's because I have a friend who is a professional stunt performer and I've been following and enjoying her cool adventures via Instagram so I've been missing her... ... a quick word here about the kind of friend like the stunt performer... you know, I only see her every once in a blue moon but when we catch up, it's like we've never been apart - I'm grateful to say that I have quite a few of this kind of friend; in fact, actually, most every friend I have is like that for me. :)

Anyway, all of that is nothing compared to the joy of self deprecating humor - granted, that used to be more of a favorite of mine than it is now, but I will always have a soft spot for it. 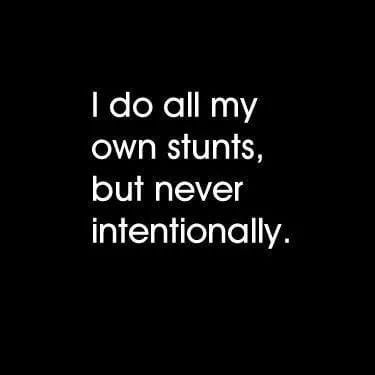